Weather to go or not

Weather is an important factor when it comes to outdoor activities and events, including holidays. It can be the key to answering some crucial questions like whether to go or not, where to go and for how long.

In one of our recent projects, we exploited this to make regular predictions on the number of visitors to the calanque of Sormiou in the national park of Calanques in the South of France.

The project began by accumulating data on the number of visitors to the National Park and the weather data for the area. The number of visitors was estimated with the help of computer vision which allowed detecting people directly from the captured images as shown below. 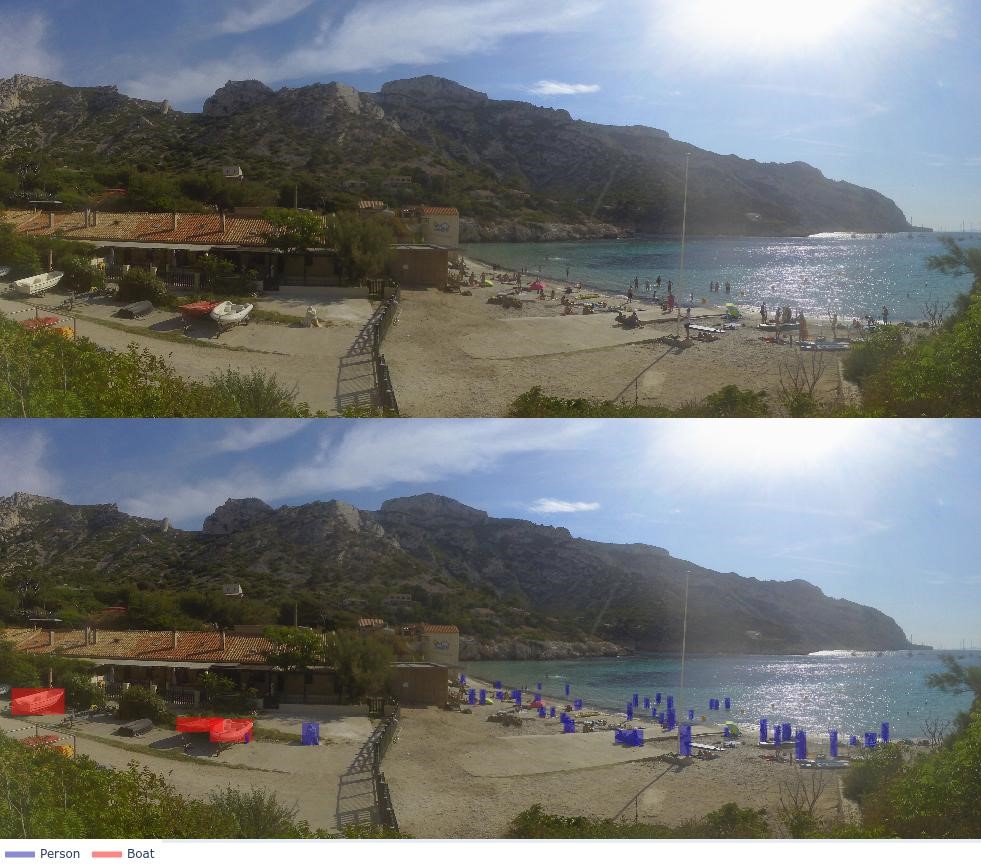 The image collage above shows an image before (top) and after (bottom) object detection via our computer vision tool, which has been used to identify people and boats.

We also have data on other weather attributes such as wind direction and cloud cover that are not shown in the graphs. Having accumulated enough data, it was possible to use a statistical model to predict the future number of visitors.

Let's see the impact of rain on the number of visitors this time.

On a dry sunny Sunday at the end of June, the number of visitors peaks at 80. A week later, on a wet rainy Sunday, there were far less visitors. A similar pattern is shown in the predicted number of visitors as well. The difference becomes more apparent when we look at the sample images for these two dates. 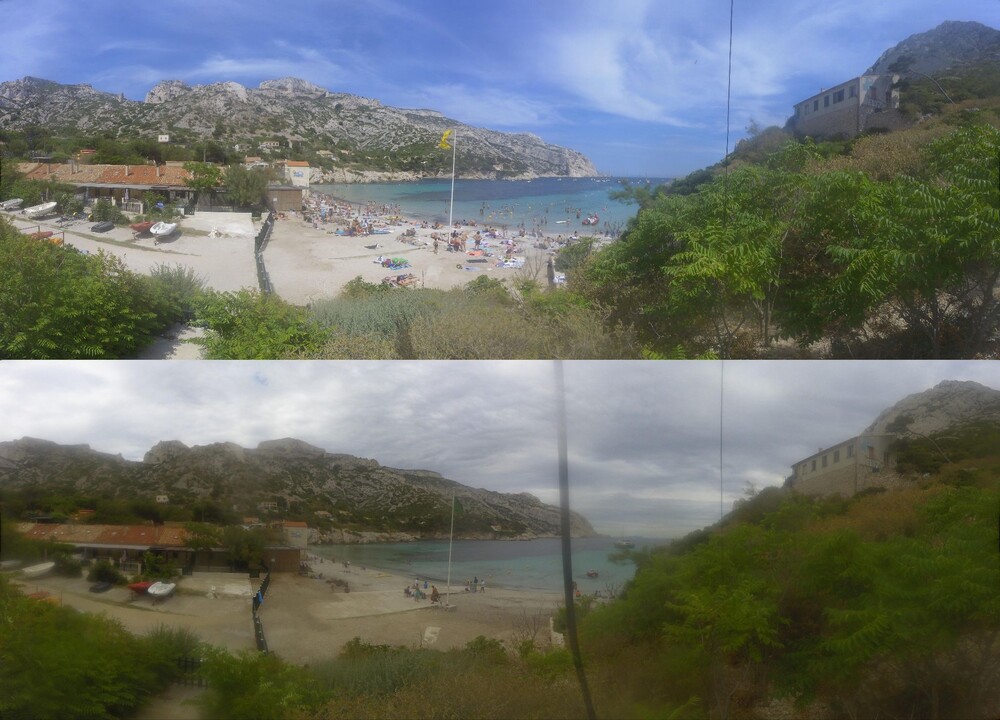 These bullet-points will help understand the wind rose diagram above:

- the angular axes, marked with cardinal directions, indicate the direction of wind (where the wind is blowing from),

- the color of each marker gives an indication of the air temperature in °C,

- the size of each marker gives an indication of the number of visitors (the bigger, the more).

There seems to be more visitors for winds from between the North-west and the South-east. Additionally, warmer air temperatures appear to be accompanied by the gentle southerly and south-westerly winds. The topography suggests that south-westerly winds may be mitigated by the ridge, while north-westerly and south-easterly winds can gush into the beach from the valley and the sea respectively. The lack of data on north-easterly winds may be due to the mountains that are situated to the North-east of the beach, blocking the wind from this direction. From the few data points available for such winds, it looks as though the conditions are not favourable for visiting the beach. Taken together, such observations suggest the impact of wind on the number of visitors, but it should be noted that there’s a lack of data and the influence of other factors have not been taken into consideration.

Weather influences tourism and we can make use of this fact to make predictions of future visits. With such information, management of tourism can be taken to the next level allowing more precise marketing strategies and optimized resource allocation, that will in turn enhance tourist experience.