Starting a new project on time-lapse photography? Confused about how to capture time-lapse, and what quality you should choose?  If you think shooting timelapse with a lower resolution would be fine, and you don’t know why it would be better to work with a 6k time-lapse camera, then this is the right place for you. You could shoot great timelapse videos even in 720p or HD, but shooting with 6K has many advantages to consider. Not only does it make the resolution better, but it also helps and improves the overall quality of the video in many aspects.

People mostly know about 4K these days. 4K is in fact now the most used resolution on computer screens. A 4K camera has become a must-have asset for a video production project. Well, talking about 8K, its use has started booming in the present days, and it’s rapidly growing. Though the price of 8K cameras is a bit high, these cameras are usually used only in the case of film productions, fashion, and professional work.

Let’s see what advantages you’ll have if you choose to shoot with a 6K time-lapse camera. 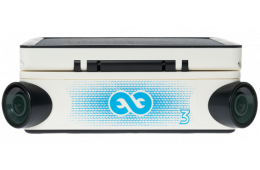 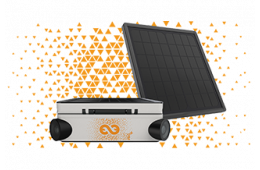 No Compromise in Quality

Nowadays, with these advanced digital cameras, the time-lapse camera system also has changed. But the fact always remains the same that to capture a quality time-lapse video, the camera should be kept stable with the best frame selected.

When you shoot in 6K, you will be able to zoom in the frame while editing or post-processing without losing any resolution, because the raw resolution of your 6k time-lapse camera is already too high.

These cameras also have a great control in their raw images, which prove to be helpful for interval shooting in the case of long-term time-lapse photography. Due to a larger light sensor, it captures more light and produces more pixels per inch. As a result, they perform a bit better in low-light situations.

Using 6K would give you better video resolution and, hence, better time-lapse content.

When you shoot a time-lapse, you either shoot it as a video or in an image sequence. But in both cases, post-processing is required. For example, in the video, you might want to zoom in a full frame to focus the time-lapse on a specific object or frame. People also like to add effects in some cases to enhance the look of their video. And in the case of picture sequence, you need editing to stitch them together to create a time-lapse video. You get to select the fps and resolution in which you want to render the video.

Provided a 6k camera is used to capture the raw files, then the video will retain 4K quality when rendered.

You can extract 4 HD frames from a 4K picture. There will be no quality loss down to HD in any of the frames. A similar mechanism works when you use a 6k time-lapse camera for time-lapse videos.

Since 4K has become the minimum resolution to shoot a video nowadays, in a few years, it will probably get to 6K, then 8K, and so on. This is because the screens of computers, TVs, and mobile phones are also drastically developing, so the videos played on the devices also need to be crisp and clear to match that screen.

If you want the online presence of your video, then it’s the best idea to keep the output of your video in the best resolution possible.