Understanding more about image sequence requires expertise. Once you find the answer to this question: how to edit a video to time-lapse? Understanding the image sequence method will get a lot simpler. There are times when you don't want to use my.tikee.io web app's automated video editing capabilities.

Maybe you weren't able to submit all of your pictures on myTikee while the timelapse shooting was running, for example, and now you have too much data to upload all at once. Perhaps you'd want to alter the colorimetry for a more personalized depiction, or make any other picture changes using third-party software like Photoshop. In these cases, you'll have a big collection of pictures that you'd want to turn into a movie. This post will walk you through the steps you need to take.

There are situations where you do not want to use the automatic video editing features of my.tikee.io web app. For example, you weren’t able to upload all your photos as and when the timelapse was running and then you get too much data to upload at once. Or maybe you want to change the colorimetry for a more personal rendering, or any other modification of the images using a third-part software.

In these situations, you then have a large series of photos that you would like to transform into a video. In this article you will find the necessary steps to do it.

All images of your projects on my.tikee.io are downloadable from the project ‘Extras’ screen by clicking on ‘Export subset’.

After a few minutes, you will receive an email with a download link of one (or more – depending on the size of the project) archive.

Once extracted, your images are then named according to the capture date: 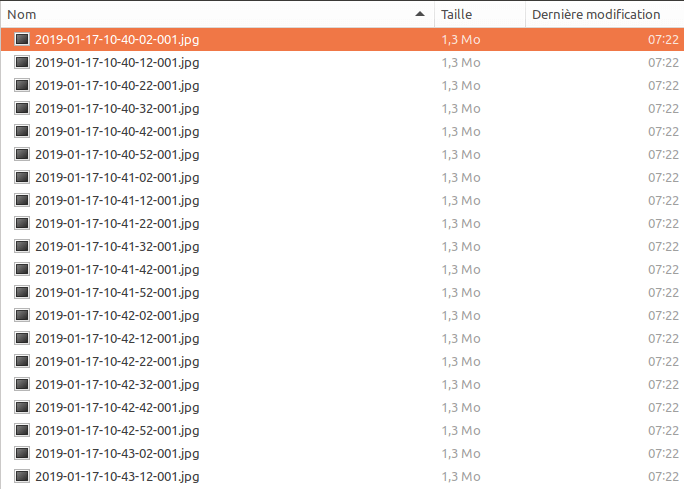 The advantage of going through this step is that you can benefit from our image selection filters to download only the periods you want.

By selecting “Export subset” from the Extras page, you may download all photos from your projects on my.tikee.io. You will get an email with a download link for one (or more – depending on the size of the project) archive within a few minutes.

Your pictures are then named according to the capture date once they've been extracted :

For next steps, it is important that the images remain sorted in the chronological order of capture. Make sure you do so if you need to rename the files.

Whenever possible, when editing images, you should make sure to keep the original meta-data (EXIF) of images, or at least the ‘DateTimeOriginal’ field that contains the time of capture of the photo (UTC format).

If the naming of your image sequence does not allow them to be ordered in chronological order, some free softwares can rename series of image files according to the capture data. Here are some examples: Antrenamer (Windows) or pyrenamer (Linux) or ExifRenamer (macOS).

The pictures you select must stay in chronological order to make your photo sequence into a video. If you need to rename the files, make sure you do so.

When altering pictures, you should try to preserve as much of the original meta-data (EXIF) as possible, or at least the “DateTimeOriginal” field, including the photo's capture time (UTC format).

Some free software may help you to make a photo sequence into a video according to the capture data if the naming of your image sequence prevents them from being sorted in chronological order. Some instances are as follows: ExifRenamer or Antrenamer (Windows) or pyrenamer (Linux) (macOS).

Assembling videos with a software

There are many video assembly software available. However, the goal of this page is not to provide a comprehensive list. The majority of them allow you to control and import a picture sequence by choosing the first file and estimating the rest (hence the importance of the naming of the files, detailed in the previous paragraph).

In this post, we'll look at three of them :

This free program may be found at https://ffmpeg.org/. FFmpeg supports encoding, video format conversion, media assembling, on every platform (Windows, Linux, macOS). All of this is done via a very powerful command-line interface assembling images sequence into a video. Here is how to convert a sequence of images to video with Ffmpeg :

Note that the numbers are written with so-called 0-padding: in this way the alphabetical order is the same as the numerical order. Otherwise ‘10.jpg’ would be filed before ‘3.jpg’.

Refer to the previous chapter to rename a series of files.

In the sequel, we will use the following sequence: 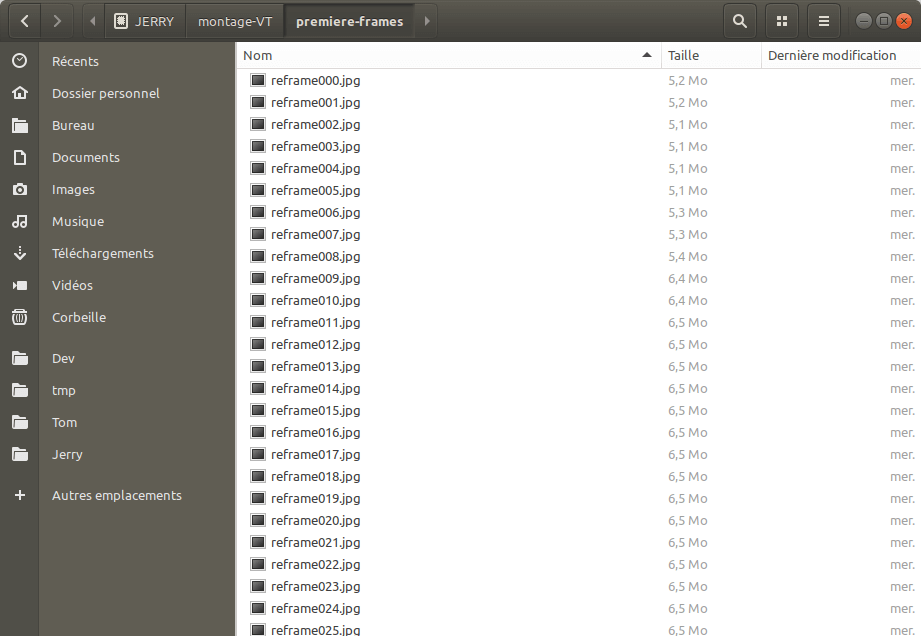 You then have to open a command prompt in the desired folder (a Terminal on Linux and OsX, run PowerShell on Windows) and enter the following command:

In this case, the image sequence had a few images (< 1000) so it was possible to name it with 3 digits. Generally, we recommend naming them with 6 digits (%06d) to avoid overflowing.

This program is a reference for non-linear video editing and is part of the Adobe Creative Suite. Adobe Premiere is a comprehensive tool, but it's not always simple to use at first. However, it is very helpful for. Do you want to know how to convert a sequence of images to video with Adobe Premiere? Here is how :

When creating a new project, import the image sequence by right-clicking in the “Media Explorer” window or simply typing <Ctrl>-I: 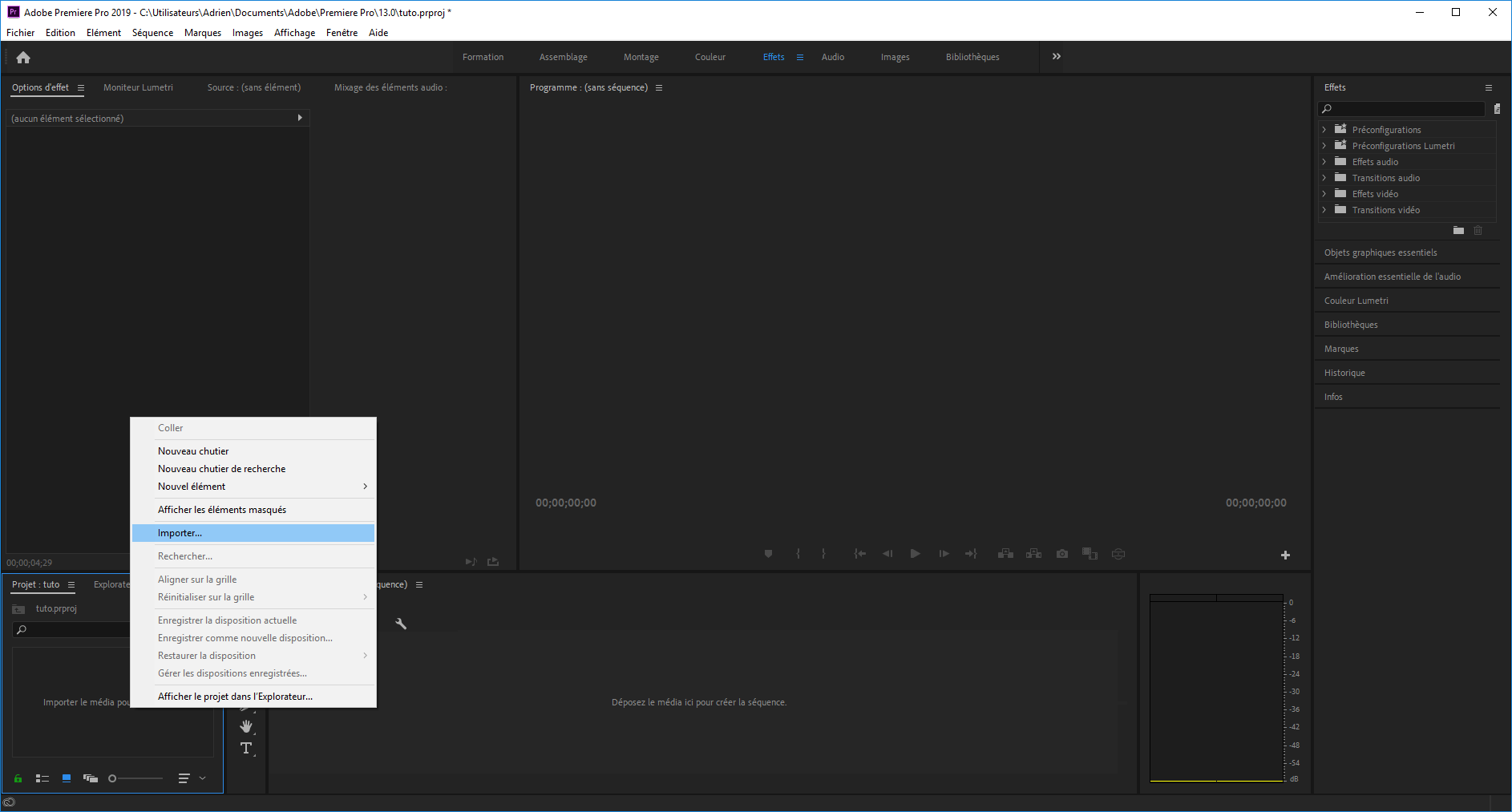 Select the first image of the sequence and then be sure to tick “image sequence” at the time of import:

After a while, your sequence will be available in the Media Explorer and you’ll only have to drag it into the sequence editor on the right. 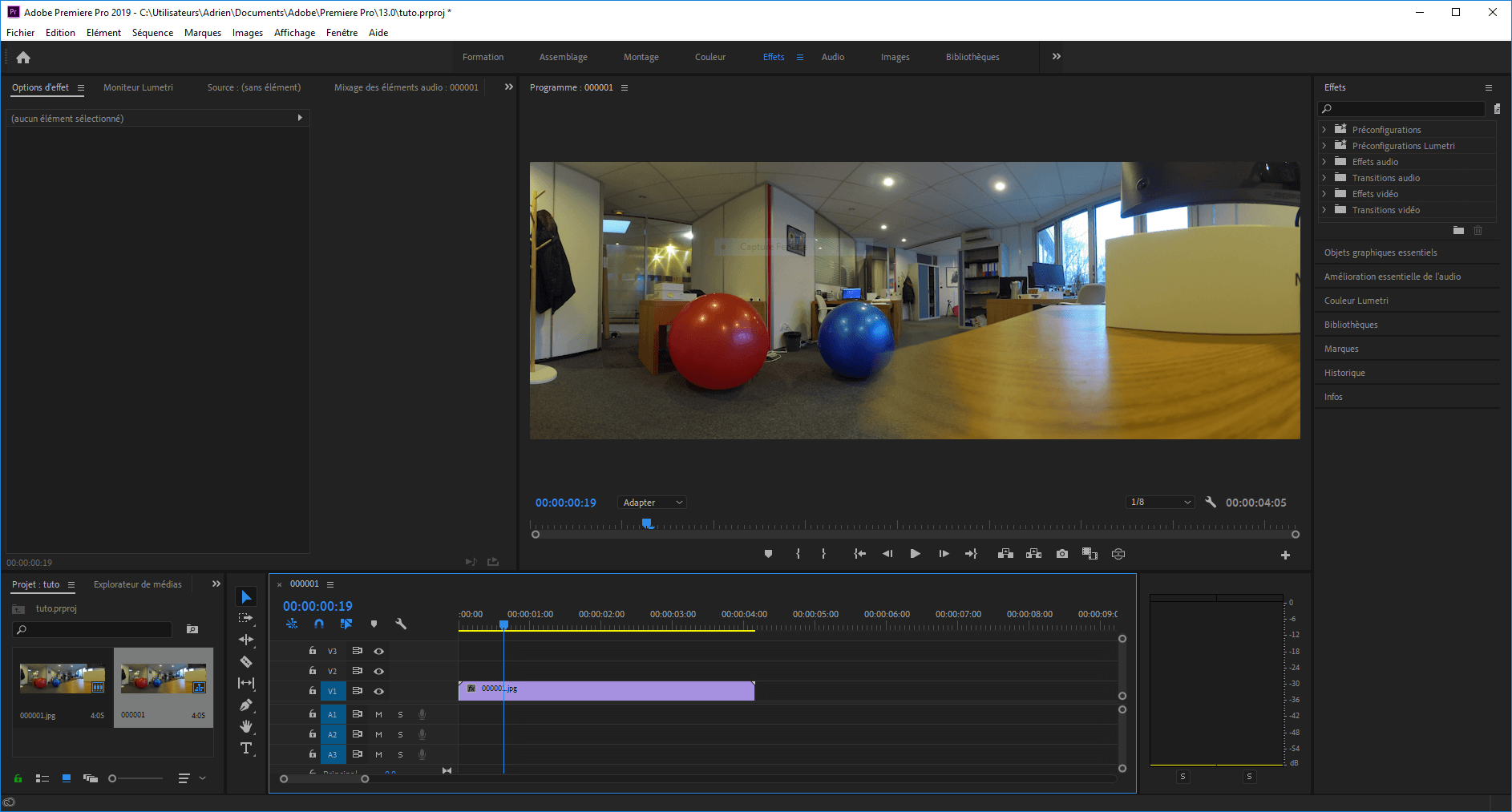 To export the video, type <Ctrl>-M or even File > Exports > Media, and follow the instructions according to your preferences.

The workflow is really similar:

You might also be interested in getting answers on how to convert a sequence of images to video with Blender? You can use the built-in editor of blender to turn image sequence into a movie file. Once done, you can import it to any channel you desire in the video sequence editor.