What do you mean by Accelerated Motion?

Physics plays a vital role in photography. When you start practicing photography and then, finding clients, customers might ask you to create a project milestone video. In order to create a fantastic project milestone video that impresses your customer, you need to learn certain concepts like what is accelerated motion, the benefits of accelerated motion, and the differences in acceleration motion videos and time-lapse.

What is Accelerated Motion?

In this article, we will briefly explain accelerated motion with an example on each stage. The topic seems hard to understand and has many sub-topics to catch, but keep in mind that nothing is hard if you acknowledge it correctly.

So let’s jump into our topic and demonstrate briefly.

Suppose you are in a car. When the driver accelerates the vehicle, suddenly, you are pushed back. While taking a sharp turn, you get pushed to the opposite side. And when he applies the brakes, suddenly you get forced ahead. Relatable right?

These all happen due to acceleration motion. I bet you all have experienced these examples while riding or traveling in vehicles.

In simple words, you get acceleration when there is a change in velocity or direction.

There is actually no involvement of accelerated motion in any of the cases. There is no change in velocity or direction here. Both the objects are moving in a straight direction and at a constant speed. Don’t get confused about high speed and acceleration. Both are different things.

As discussed earlier, if there is no change in velocity, there is no acceleration. Therefore, how fast the object is going isn’t important here.

Now let’s say a car is moving in a circular path at a constant speed. Is acceleration involved here? Yes, it is because the direction is changing.

Velocity, having both a magnitude and a direction, is a vector quantity. You must have read it in your physics book. Velocity is a combination of speed value and direction.

Have you heard about Supercars? Which can reach high speeds in a few seconds. For example, you have a supercar that reaches 100 km/hr in 5 seconds. The velocity is increasing here due to acceleration. This might be one of the simplest examples of acceleration.

The speed value and direction are equally important to define if there is acceleration or not.

Newton's second law of motion formally states that the more the mass of an object, the more acceleration it has. And if there is a pushing or attracting force acting upon the object, then the acceleration will be greater.

For example, think about an apple falling from a tree. First, in its initial point, the velocity is zero, then while falling, it attains some speed, and the speed keeps increasing till it reaches its final point. But here, the apple doesn’t change its direction. It travels in a straight line to its final point. But the bigger the apple is, the more force (gravity) acts on it : this results in a bigger acceleration while falling.

You can also think of a sprinter or runner. At the initial point, its velocity is zero. When he starts running, he increases his speed; he also changes his direction many times according to the path he’s running on. The velocity is changing each time he changes direction, so we could observe many accelerations during his run. 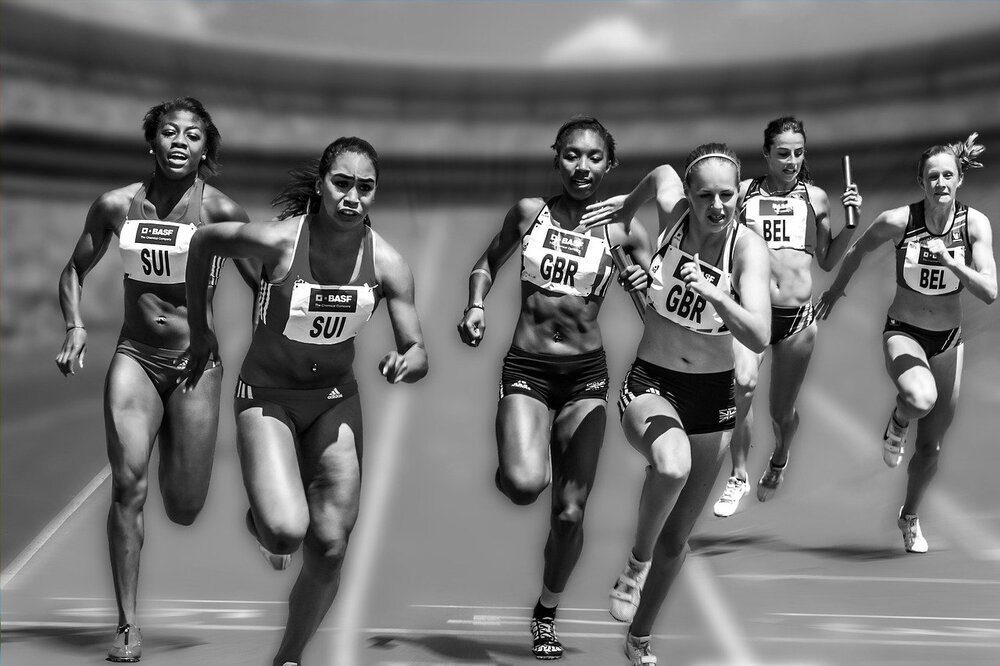 Acceleration is defined as the rate of change of velocity.

Acceleration is equal to a change in velocity divided by the time taken.

Suppose the velocity of an object changes from an initial value of Vi to the final value Vf in time ‘to, here considering the acceleration ‘a’, acceleration will be a = Vf - Vi / t.

You got the equation here; you must be familiar with these equations if you have some relationship with physics.

Here is an example,

Assume a body is at rest at an initial point, moving in a straight line, it acquires a speed of 20meters/second in 10 seconds and reaches its final point. Find acceleration of the body at point ‘y’

First, take a look at what’s given,

So, using the formula,

The unit of acceleration will be m/s2.