The difference between time-lapse and accelerated video?

While presenting the status of a project to your client, it is important to create a project milestone video. This project milestone will help the client and you to gauge trust in each other and work better. Now, you need to understand the difference between a time-lapse and an accelerated video in order to create better project outcomes.

Isn’t watching a time-lapse of hovering clouds satisfying? However, if you want to try to make one yourself and say, create a perfect time-lapse of the international airport in your city, you need to control the camera settings and know how time lapse photography works. This article will define the differences between a time-lapse video and an accelerated video.

We’ll talk about the differences and application of both formats.

So firstly, let’s discuss a bit about each format, and then we’ll jump into the differences.

What is a time-lapse video?

A timelapse video is a shooting technique in which a camera records a particular frame in a stabilized way with locked exposure. The outcome you view is a speed-up version of the action. You must have seen time lapses of streets of a busy city, crowded roads, landscapes, sunrise, and sunset.

Professional time-lapses which take longer shooting time prefer shooting pictures at a specific interval of time and then stitching them together to create a Timelapse footage. The pictures take less space than a video file type and make it easier to store.

Before 2014 you could only create these videos using editing apps, but then, the iPhone was introduced by Apple with a timelapse feature in its camera app. So you just had to tap the shutter button in your camera app, and your iPhone would capture a great time-lapse video at an adjustable speed.

What is an accelerated video?

It is a speed-up version of a video, but it doesn’t work like Timelapse. In an accelerated video, your frame is in motion. So, either you capture a specific object in a frame of motion while shooting, or you start at a frame with motion and capture many scenes to create an accelerated video.

Actually, any video footage can be an accelerated video, if you just speed up the motion of the footage. While shooting accelerated footage, you might just be holding your camera, but in motion, the resulting video might be just a regular footage, but played faster. This is not what timelapse is. Time-lapses start and end in the same frame shooting all its details which provide us an overview of the happening of the frame throughout the shooting time.

In this type of creative shooting of videos, the settings that matter a lot are control of exposure, shutter speed, motion, frames, speed, and time. You should know what interval you should set, what frames per second should be set, and the correct camera settings which would help you capture a great timelapse footage.

You must have watched a movie where both timelapse video and accelerated video are included. It depends upon the scene type. For example, you could see a timelapse for an airport, and an accelerated video inside a city : you can shoot the airplanes landing in an airport in a single frame, but you cannot shoot a chase in a city in one frame.

This type of video cannot have a long interval. The interval varies depending upon the type of photography and shutter speed. You need to study the situation and adjust the shutter speed and exposure in order to get great footage.

If you want to capture a moving object, you will have to use a short exposure time, which means a fast shutter speed. It helps capture a moving vehicle or a running animal. For a scene where there is not a lot of light, you will have to use a long exposure time, which means a slow shutter speed. It lets more light get into the lens and helps get better details. When using a slow shutter speed, the camera needs to be kept relatively stable. Otherwise, it may result in blurry photos for your Time lapse.

So, next time you visit an airport or any place relevant for time lapse photography, don’t forget to test what you’ve learned !

Whether you have an iPhone or a DSLR camera, to improve your work, you have to be creative, and for that, you need to have the passion inside you.

The camera app in your phone can do many things, view them and try to experiment with things wherever you go. 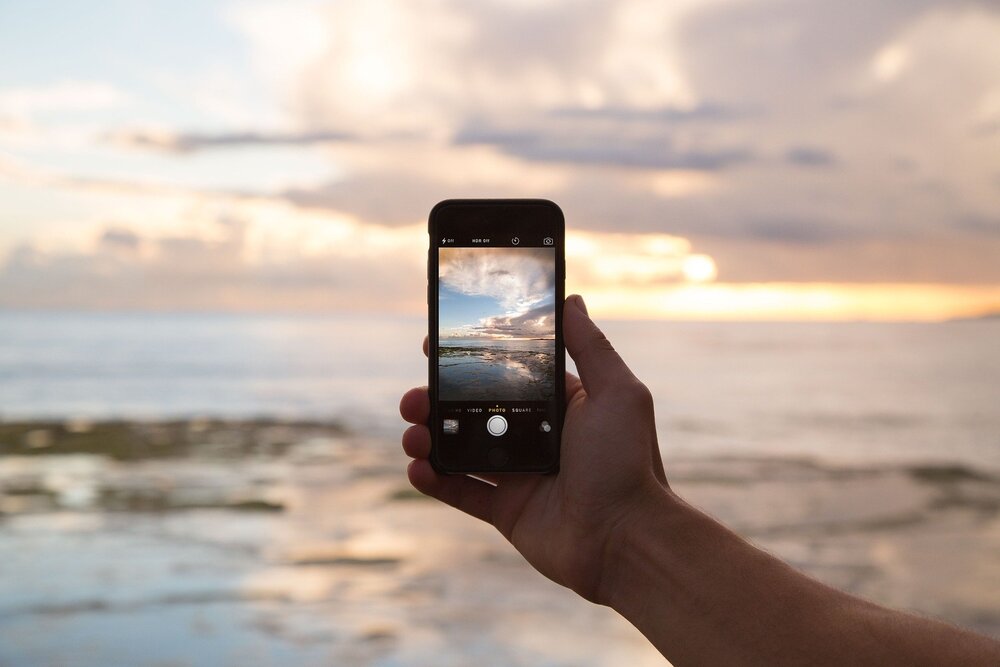