Shooting time-lapse is a fun photography experience. A time-lapse image will capture the movements of a scenario at a certain time interval, creating the movement in the picture. On the other hand, a time-lapse video can be a sequence of several time-lapse images or a video that is set at a faster speed rate than the original duration. Photographers use time-lapse video techniques to create stunning contents that present the passing of time. Time-lapse is best used to film movements of people, construction of a building, road traffic, or natural events such as the sunset. There are lots of events and sceneries that can be showcased uniquely with time-lapse photography. 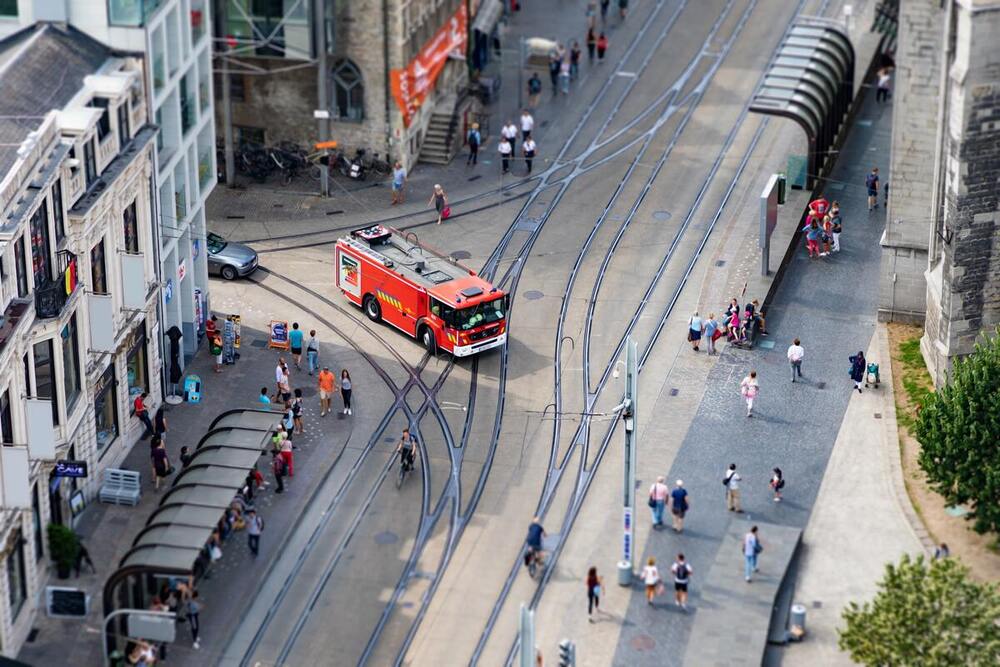 To add more creativity to your timelapse video, you may consider adding a tilt shift effect to it. Tilt shift effects add a blurred mark on a certain area of the frame so that you can emphasize and focus on the subject of your image or video. Originally, a tilt shift camera lens was used to be able to control the depth and area of blur when shooting. These specialized lenses, however, are pricey and are more complicated to use. But you do not have to worry, because nowadays, tilt shift effects are already a part of many free editing software such as Adobe Photoshop.

You might be surprised learning that the video below depicts a real city and not some miniatures. It is in fact a tilt-shift video, an editing process giving a miniature (or “Lego”) effect to real sceneries.

We talked last time about flickering and how to avoid them in your time lapses. Now it’s time to go deeper into what can be done through time-lapse with the tilt-shift.

What exactly is a tilt-shift?

First, let’s talk about how tilt-shift was born.

It was initially aimed to shot large buildings with process cameras using a tilt-shift lens (the word “tilt-shift” basically derives from these lenses). Indeed, it was perfect to avoid perspective deformations.

Nowadays, the tilt-shift is widely known as an aesthetic way of shooting pictures or videos of a landscape. Technically, it is a blur applied to specific areas of an image/video. The good part of it is that it is now pretty easy to make its own tilt-shift time-lapses!

Most of the tilt-shift videos are combined to time-lapse. You can find a lot of them, showing big cities all around the world : Singapore, Toronto, Chicago, Melbourne. They are all becoming miniature models for the time of a picture… Sometimes it is a whole country turning into a legos scenery, such as Albania. The trickiest part of these videos is to get the right field of view. It is indeed compulsory to have a top view of what you want to shoot !

Then, it is easy to turn your regular video into a tilt-shift thanks to video editing software, such as Adobe Premiere, Final Cut, Adobe After Effect or even Photoshop!

More than that, specific lenses (we talked about it above) called tilt-shift lenses makes tilt-shift easier to shoot. They are sadly dedicated to professionals (like architects) due to their price.

How to make a tilt-shift video?

Here are some tips to prepare your shooting of photos that you will use to realize the tilt-shift timelapse video.

Then there are two solutions:

Rob & Jonas’ Filmmaking Tips have made an interesting and complete video dealing with tilt-shift. Full of advices and example, it is a must-see!

Even if your video came out just like a regular one, adding a tilt shift effect to produce a miniature perspective is very possible. Here are some tips on how to do it :

If it is not yet a time-lapse, then edit it first by speeding it up. Right-click the video layer and select “Time” on the options, then “Time Stretch” next. Enter a lower percentage to make the footage faster. The lower the percentage, the faster the clip will be. Pre-compose it and apply “Posterize Time” (still under Time Stretch) by selecting a frame rate to finally make it a time-lapse. If your footage was originally already a timelapse, then just pre-compose the layer. It is also advisable to rename the precomposed layer for better identification in the process.

This is the layer where you have control of the blurring effect. You decide what shape, type of pattern, and depth of blurriness you wish to have. Overall, these elements make up the gradient of your layer. There are various ways to edit the gradient :

Make an adjustment layer from the “New” tab and place it on top of the precomposed timelapse. Insert a camera lens blur effect on this layer. Create a new pre-composed white solid and draw a rectangular mask across its center. You can move the parallel lines of the rectangle to adjust its width. Invert the mask and feather it to a certain number of pixels. 100 pixels will do. Go back to the adjustment layers and check its effect controls. From there, apply the blur radius and change it to at least 30, or according to your preference as seen on the changes of the clip. You can also change the shape of your blurring effect on this part.

For this one, you create a new black solid layer and put it on top of the precomposed timelapse. Click on the “light-sweep effect” and once applied to the solid you can adjust it accordingly, such as how you want to angle it. Adjust to how wide you want it to be, how many degrees of angle, and how much sweep intensity you want. The white area in the middle that is shown while you are adjusting is the part of the footage that has the focal point. Pre-compose the layers.

Explore the effects of the options and adjust them according to your own perspective. You will be able to see the changes directly, so do not be afraid of adjusting until you see how you want it to look. But pro-tips to better emphasize your focal points are to angle a small field depth to the subject and avoid a focal plane that is too wide.

Replay and view your video after edit and once you are satisfied, then you can now export it. Choose the frame size you want and pick a high-resolution quality that is best. Click “Export” and wait for it to finish and be exported to your computer files.

As mentioned earlier, cameras can be partnered with specialized camera lenses so the field of focus can be applied directly while shooting. Tilt shift happens when photographers tilt their lenses because it alters the lens plane angle and changes the focus. So basically, you just have to control the tilting of the lens, adjust focus, and when you see the image you want, then click the shutter button.