With a few images a day over a sufficiently long period of time, one can have a fine understanding of certain social phenomena without compromising people’s privacy.

In my two previous articles I talked about the data that can be extracted from a camera originally designed for timelapse, when it is positioned at a strategic point in a city. I wanted to take advantage of this first week of “deconfinement” to continue the study and to see if life returned to normal …

I’ve already shown you our measurement of distance between people based on the images captured by our cameras. We can now derive an average daily behaviour for the entire containment period:

Except for Sunday, the days of the week are similar in the confinement period. We observe more or less the same behaviour for the number of people detected in the image: 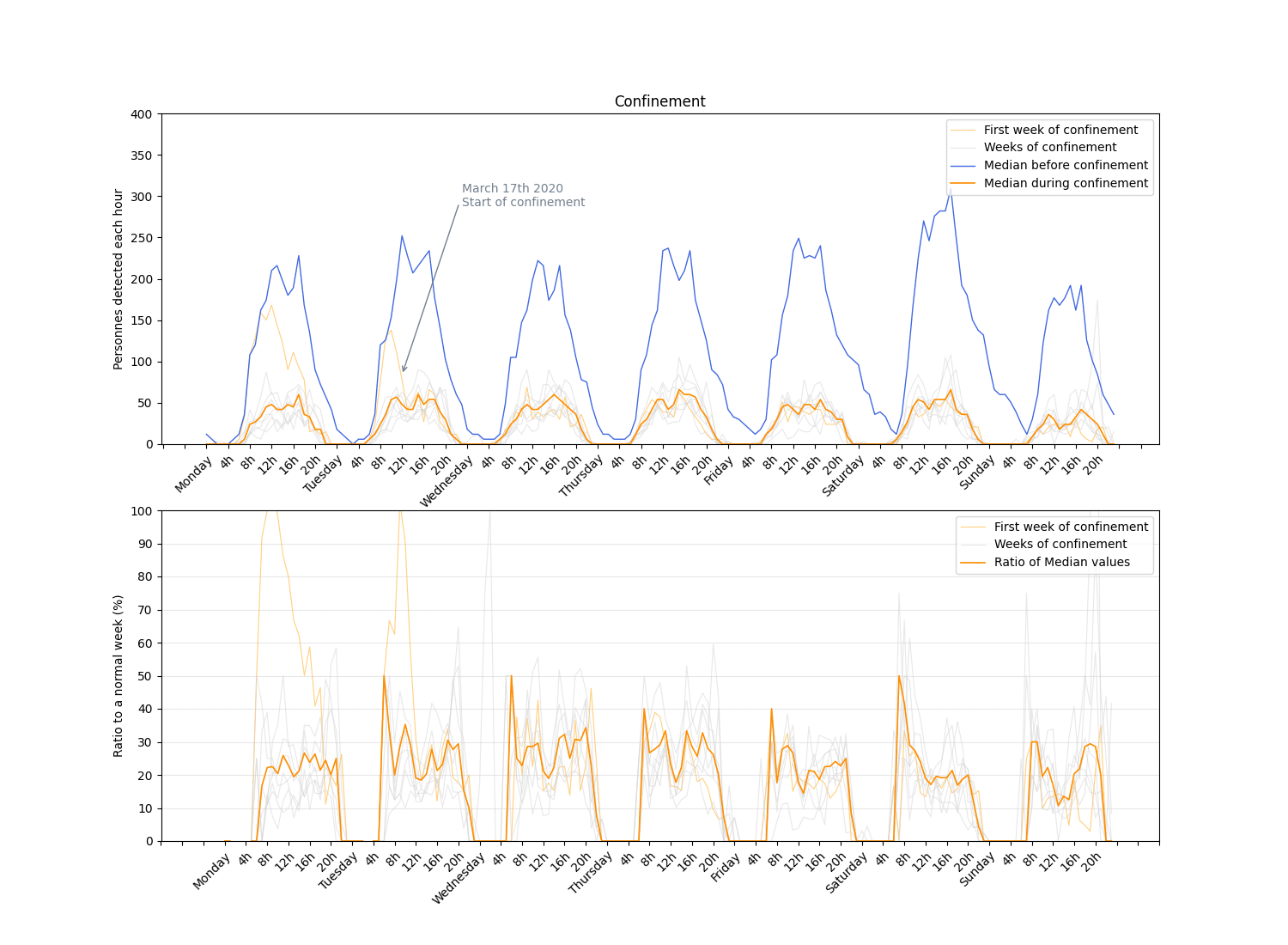 But what’s interesting to see is the evolution of this metric over time. Has containment been respected in the same way over the last two months?

Evolution of the metrics over time

Well, it seems not. We can see very clearly that since the second week of confinement, more and more people are coming out (+64% in 6 weeks). But maybe people are going out more but they respect the 1m distance when they cross each other?

It seems that this measure follows the same trend as the first, although less marked. Be careful not to over-interpret however, we know nothing about the link between the people observed, family outings were still allowed.

And since May 11th it is obvious that we are heading towards a return to normal? 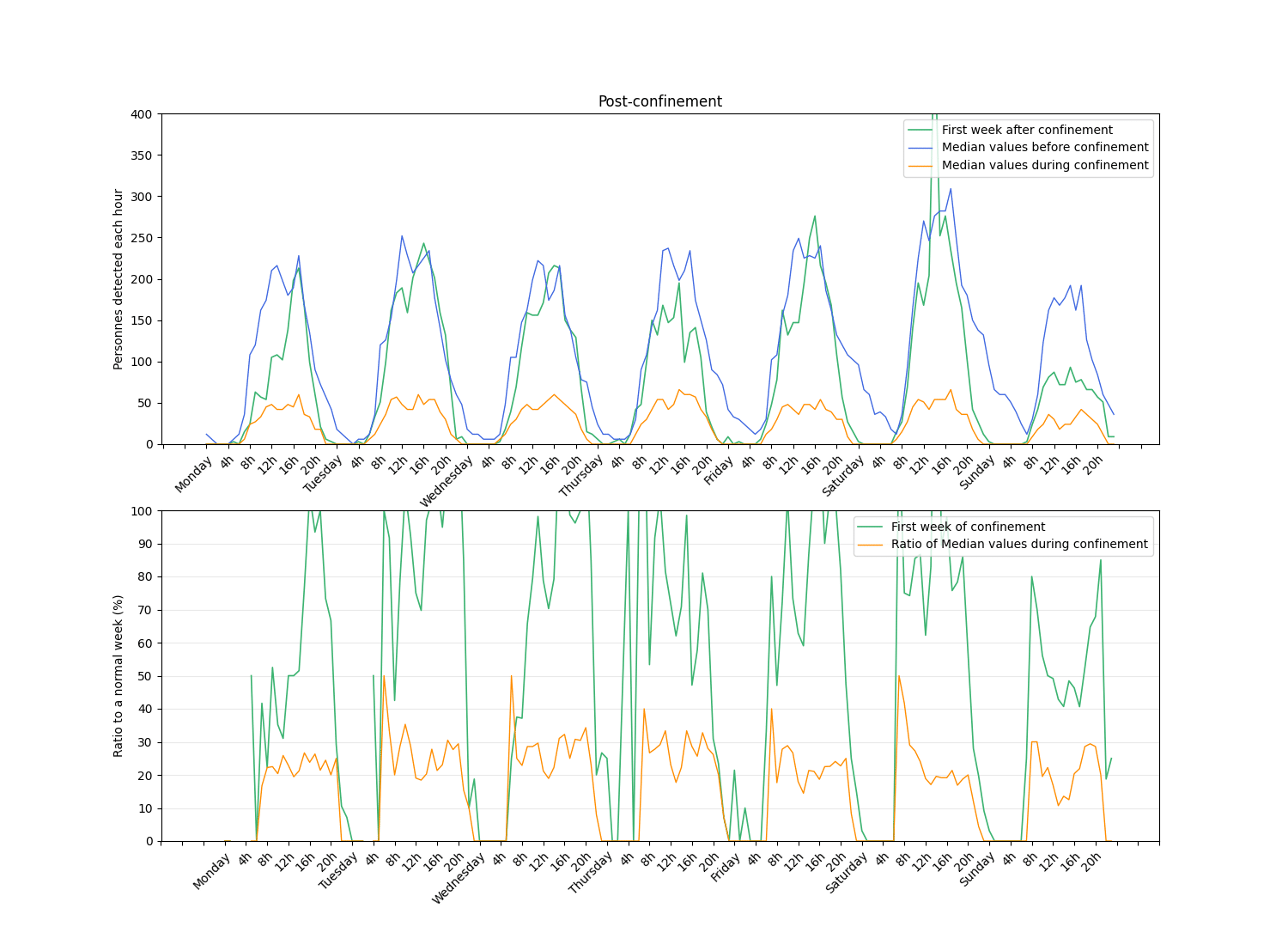 Since the beginning of the week the number of people detected on the street has returned to the same median level as before the containment. And it is almost the same for the distances between people: 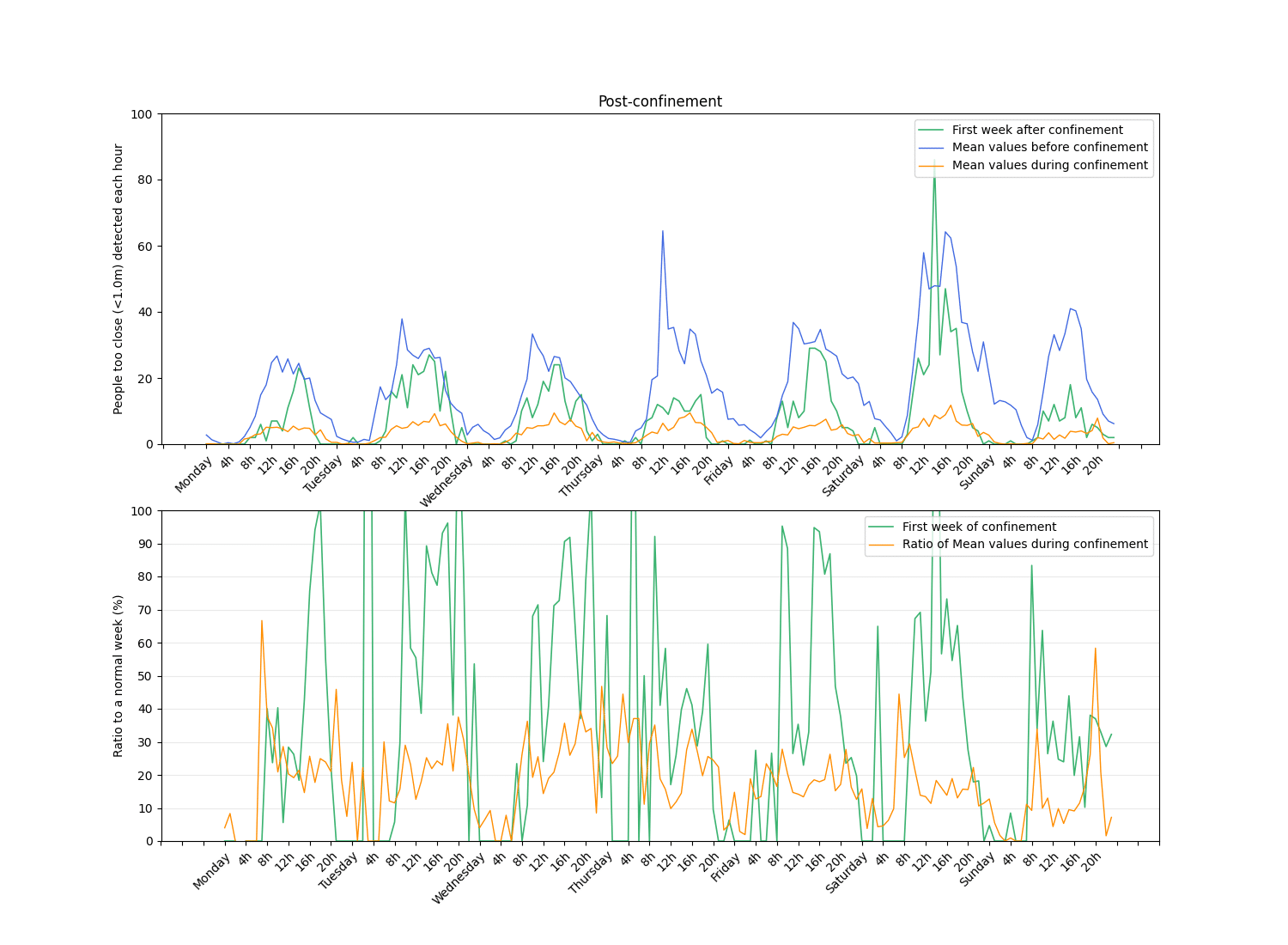 These have come very close to the pre-containment average, although the average number of cases remains slightly lower.

We will continue to monitor these measures in the coming weeks.

This very particular period of generalized confinement could be observed in very different ways (reduction of greenhouse gases, reduction of seismic noise, runaway prices of certain commodities on Amazon, …) and I was the first to be surprised to see the “live” impact on our images. As the camera in question was installed shortly before the crisis, we had all the data we needed to study its impact.

This should remind us that sometimes we have to take the time to observe things over the long term, and we often learn something valuable from it. And you’re never safe from a surprise that you can then document.

Containment: assessment of the observations of our camera “to understand the city” and return to normal for pedestrian traffic in the city.