Other Subject on Science and Time-lapse

On the occasion of the COP26, Enlaps, the France-base technology company that  provides digital image solution, is launching Planet Watch by Enlaps, a project that will enable the collaborative creation of glacier data mapping that is accessible to the entire scientific community, as well as decision makers and citizens. Indeed, in the field of research, timelapse is used a lot for glaciers.
Glaciologists who are selected to partake in the initiative will help advance the study of glaciers across the world, by helping to document and measure the impact of global warming.
Planet Watch by Enlaps will support this research by providing ten Enlaps Tikee cameras, as well as free access to the myTikee cloud platform.
The call for projects aims to raise public awareness of ecological issues, to accelerate international initiatives, and to provide scientists around the world with game-changing equipment and compelling data.

On October 31st, the call for Planet Watch by Enlaps projects was opened by Heidi Sevestre (glaciologist, director of communication at ICPP, project coordinator at AMAP) during the COP26. Applicants had until January 15, 2021 to apply online and propose projects that are as carbon-neutral as possible and useful to the international scientific community.

The jury, composed of Antoine Auberton (CEO of Enlaps), Heidi Sevestre, Luc Moreau (glaciologist associated with the Edytem CNRS laboratory), Yann Arthus-Bertrand (President of the Good Planet Foundation), and Sophie Szopa (director of research at the climate and environment laboratory, author of the IPCC Group 1 report), selected the ten projects on the basis of their scientific interest and the emblematic dimension of the chosen location, as well as their technical feasibility.

Exclusive: images of the installation of the first cameras! 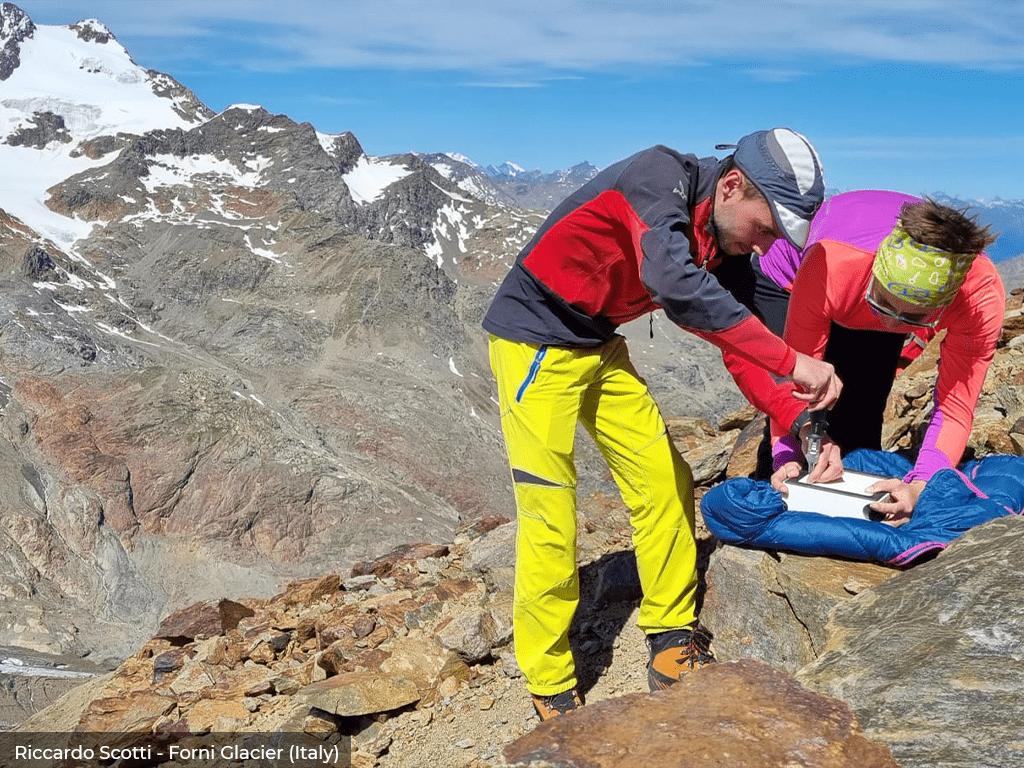 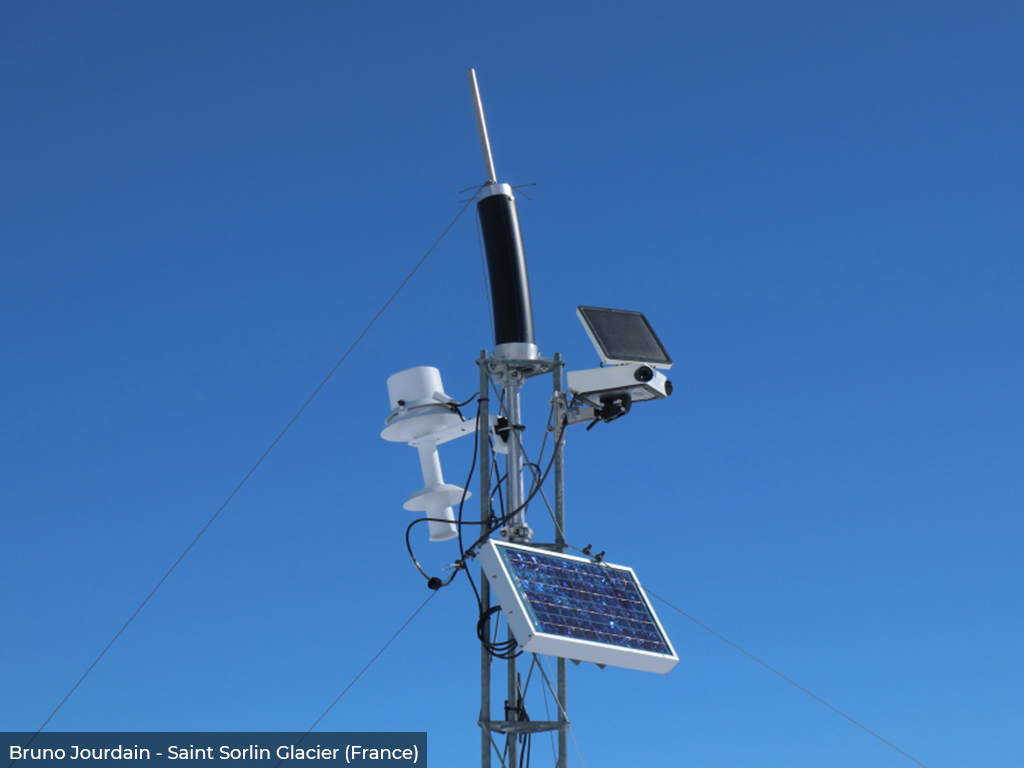 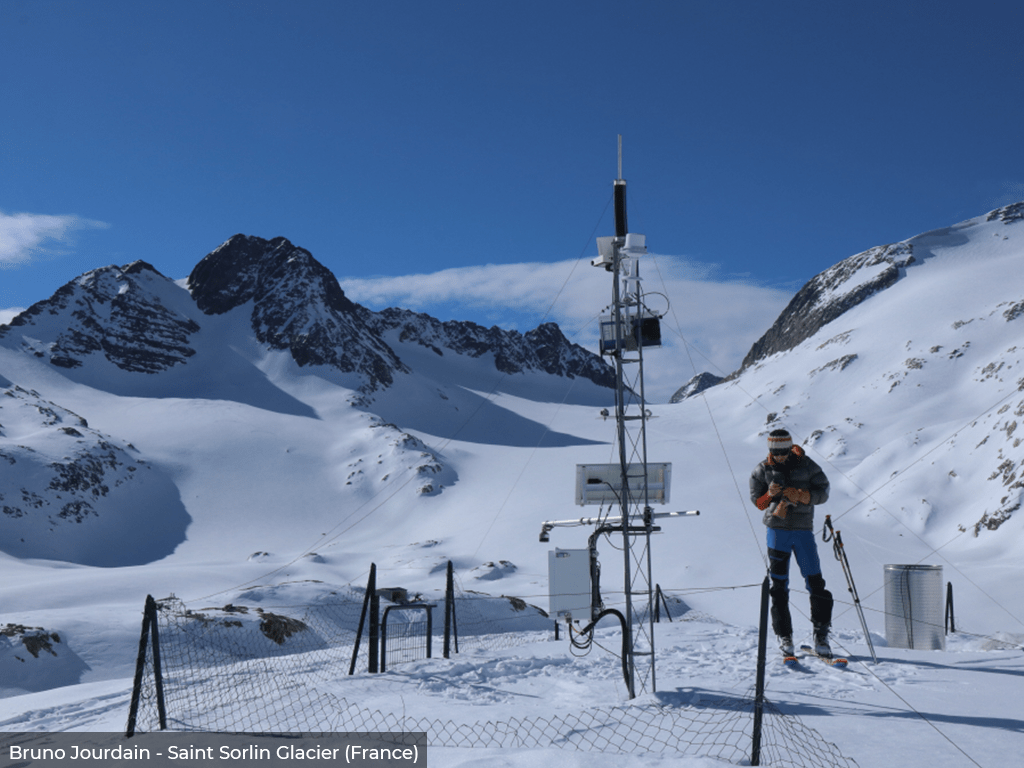 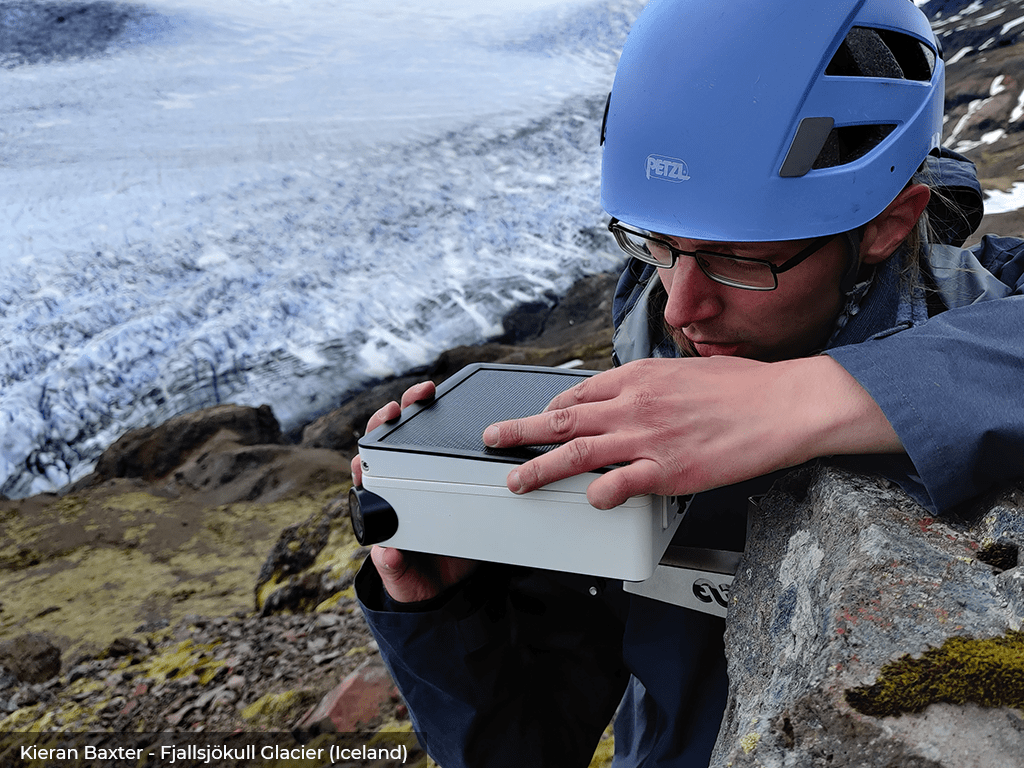 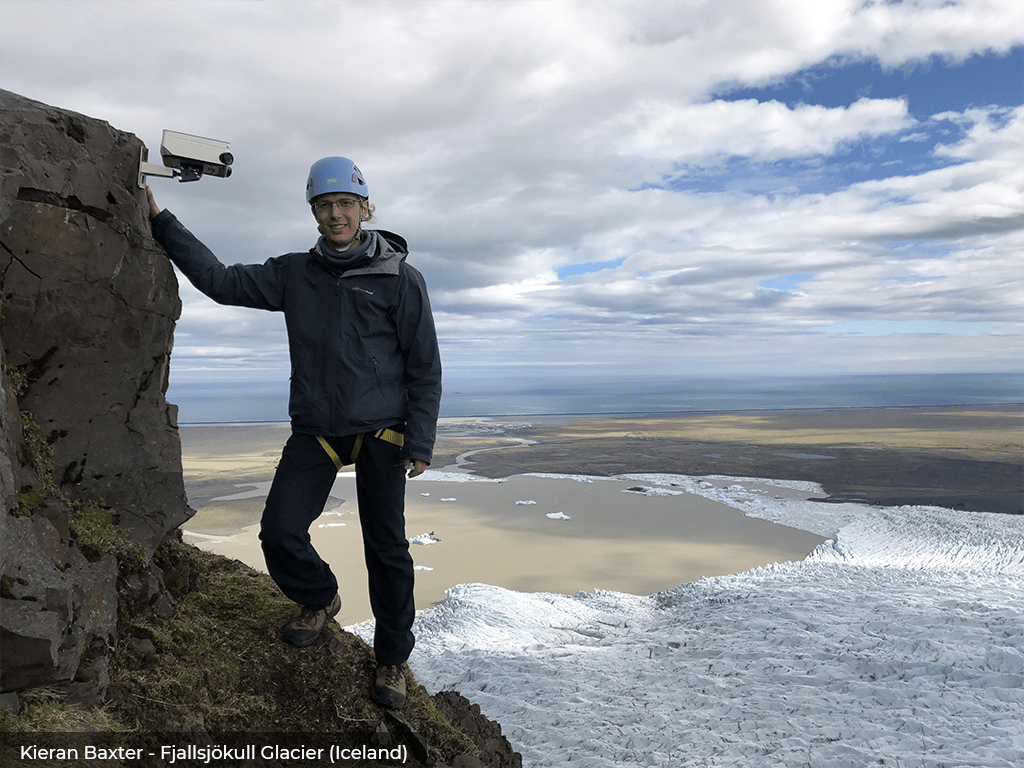 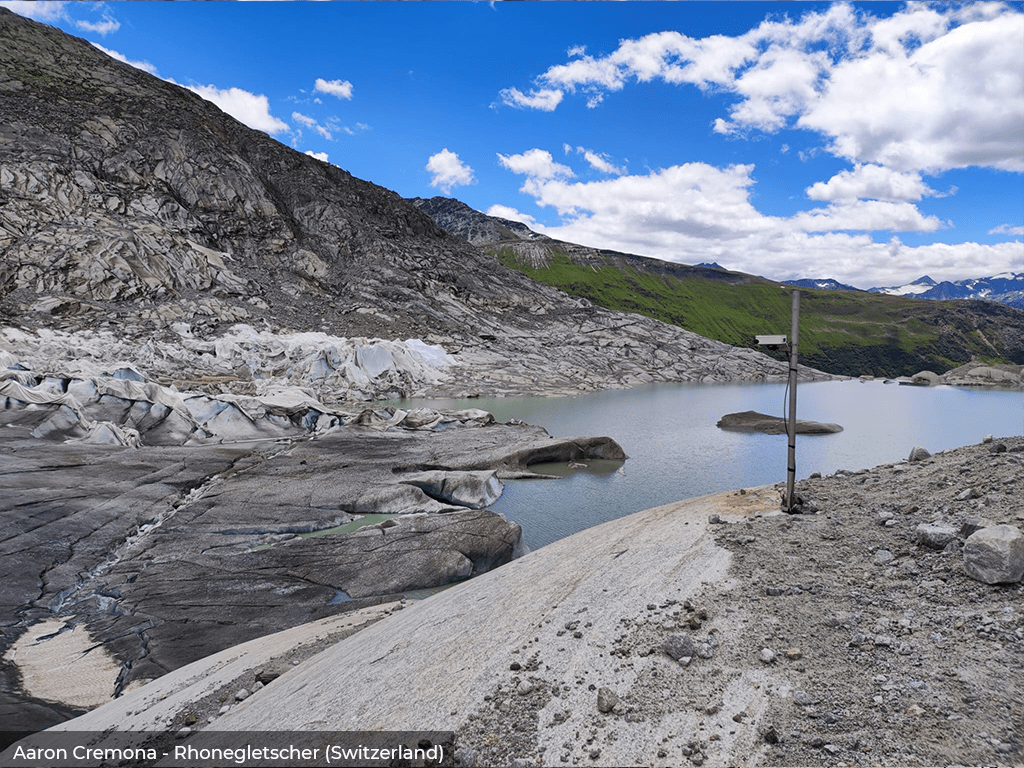 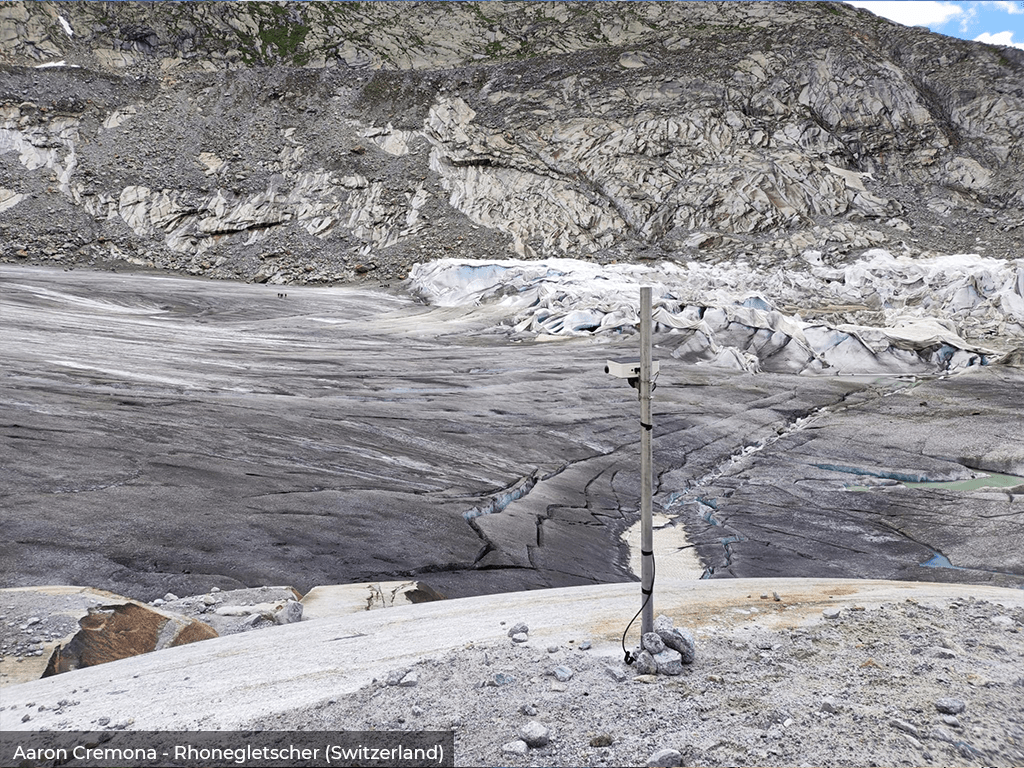 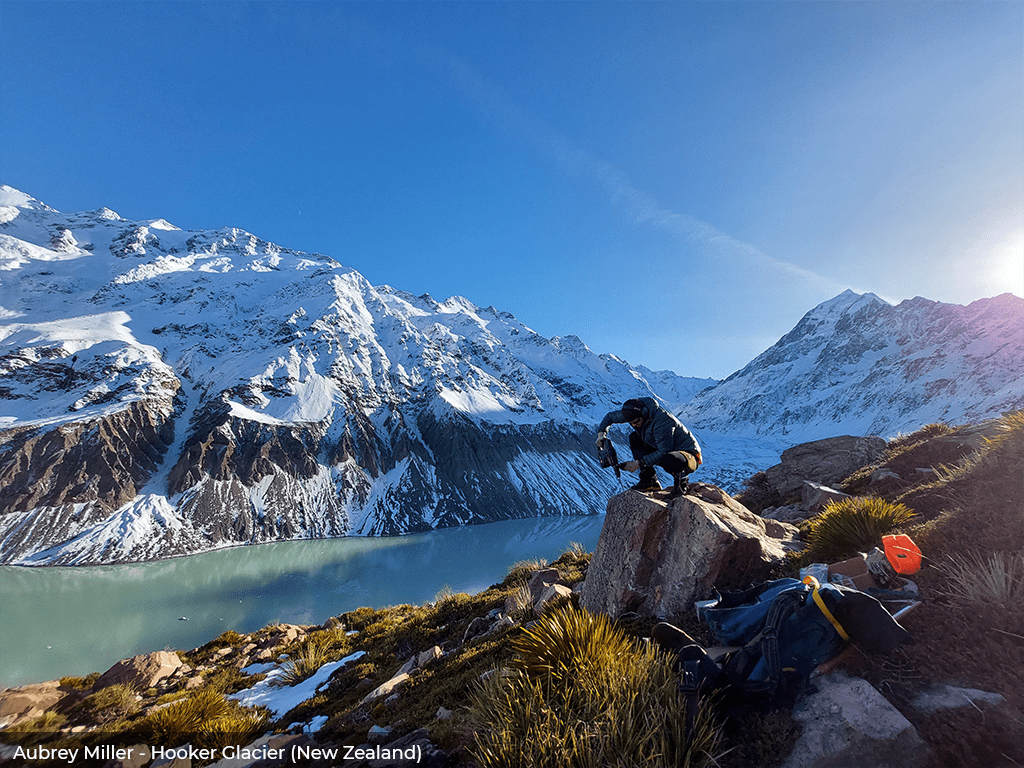 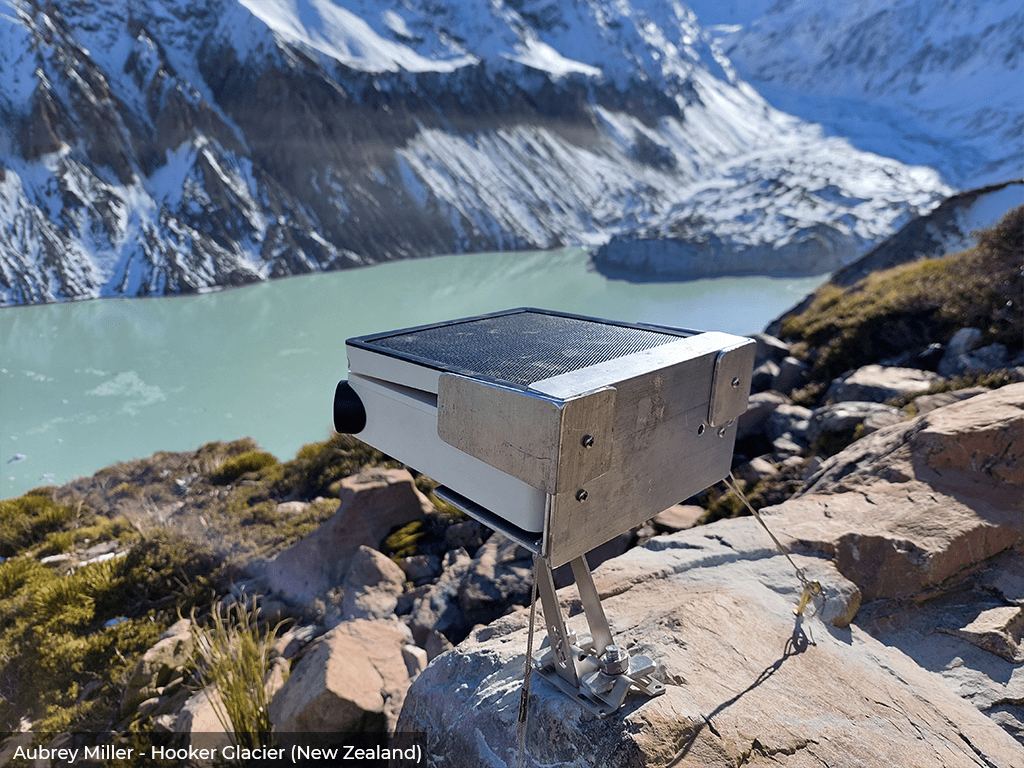 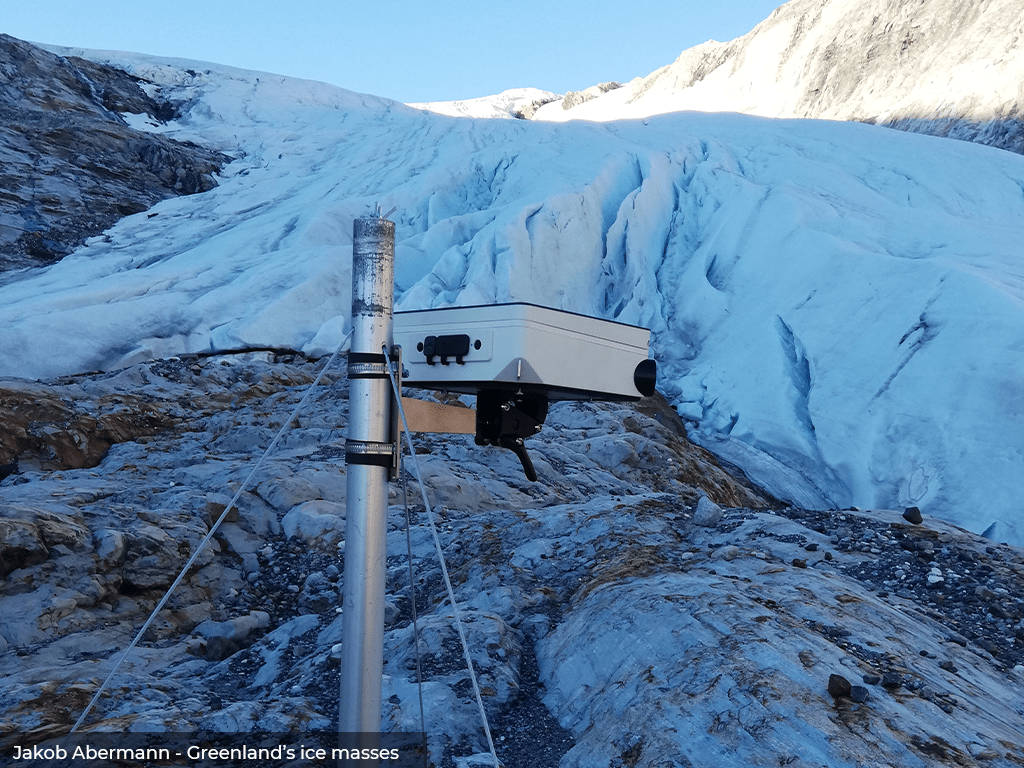 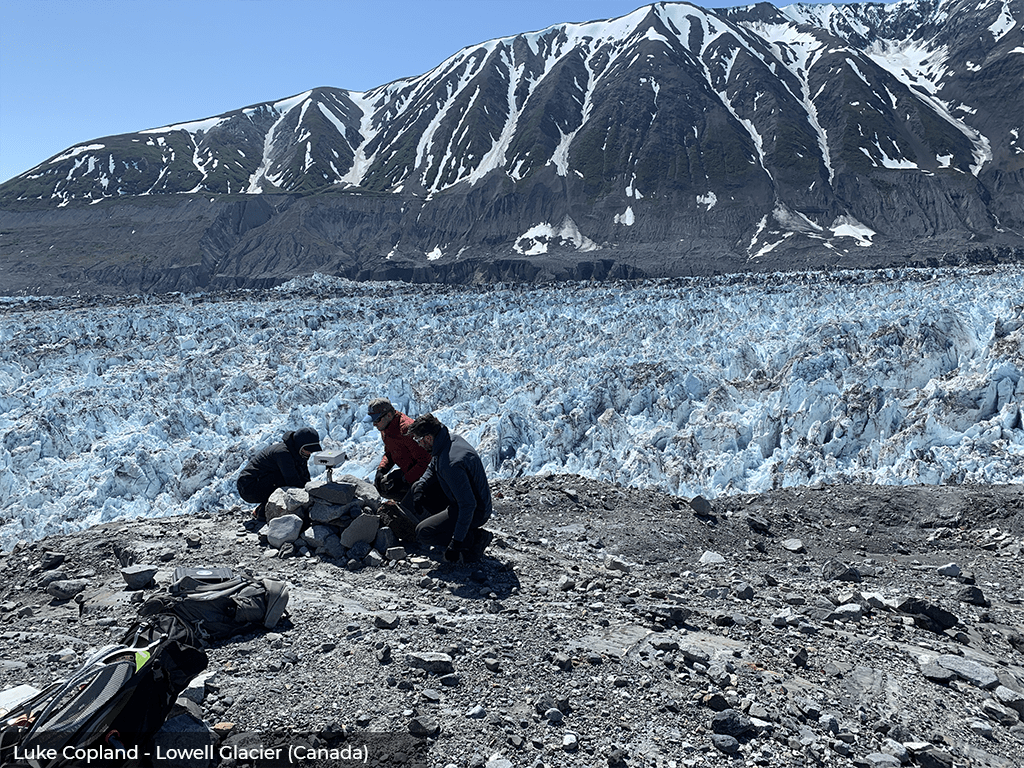 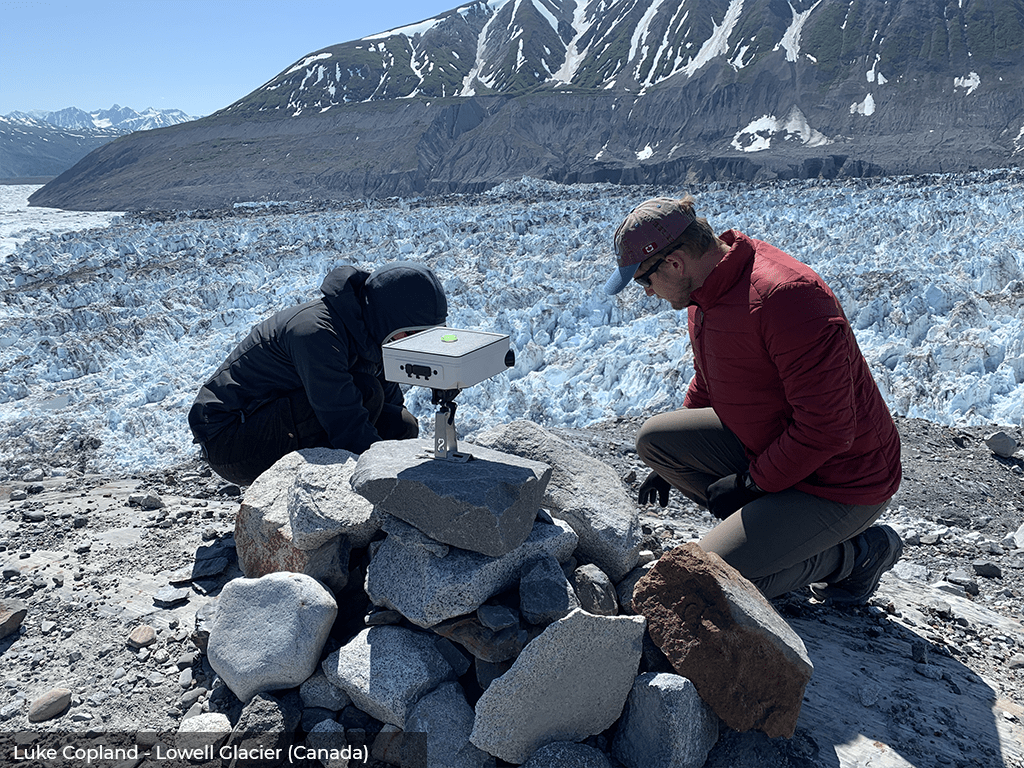 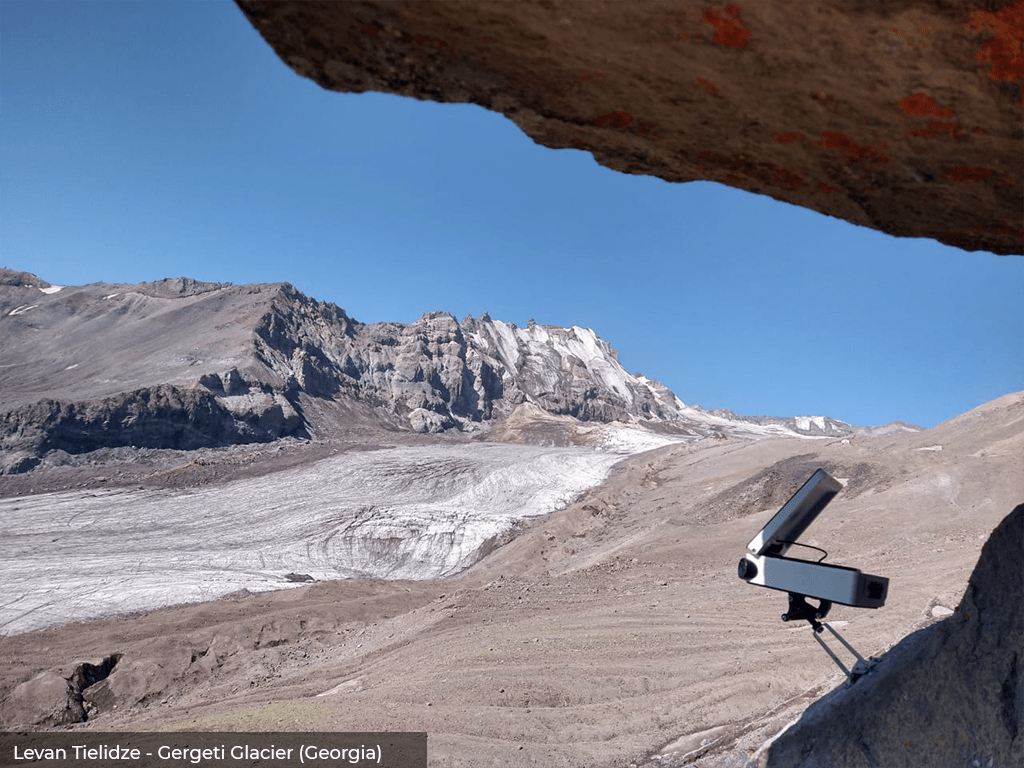 Discover below the 10 winning projects 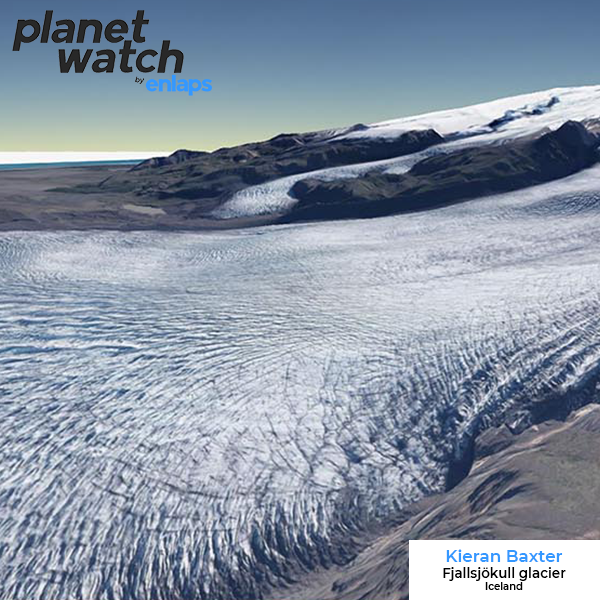 The camera will be located on the mountainside to the north of the glacier and will take in several features of scientific significance where ice mass movement is not currently well understood. The view will also take in the summit of the Öræfajökull stratovolcano and overlooks a fissure which has recently been observed in the Miðaftanstindur mountain above the glacier, a possible early sign of a large landslide. 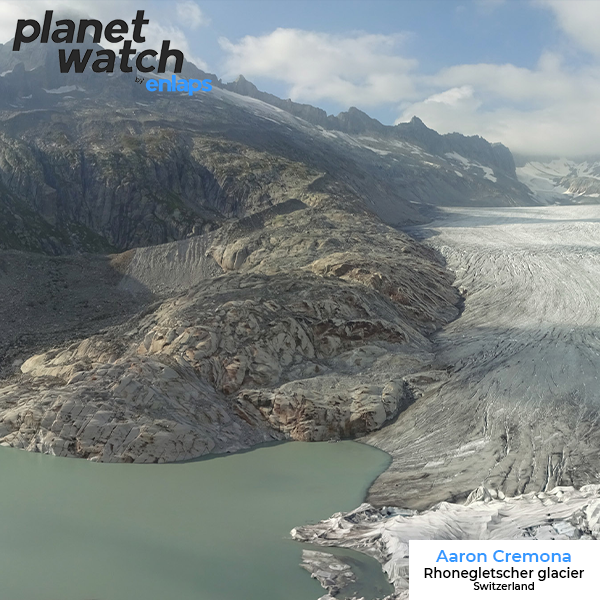 Observations will be focused on the enlargement of the proglacial lake, and related processes, such as the sudden uplift of the tongue within the lake that occurred in September 2021, and overall changes occurring at the glacier.
Daily estimates of ice melting will be subsequently processed in an operational framework to provide near-real-time glacier mass balance estimates.
Since 1880 there has been a retreat of about 1.5 km in length and a lake has formed at the terminus of the Rhonegletscher. 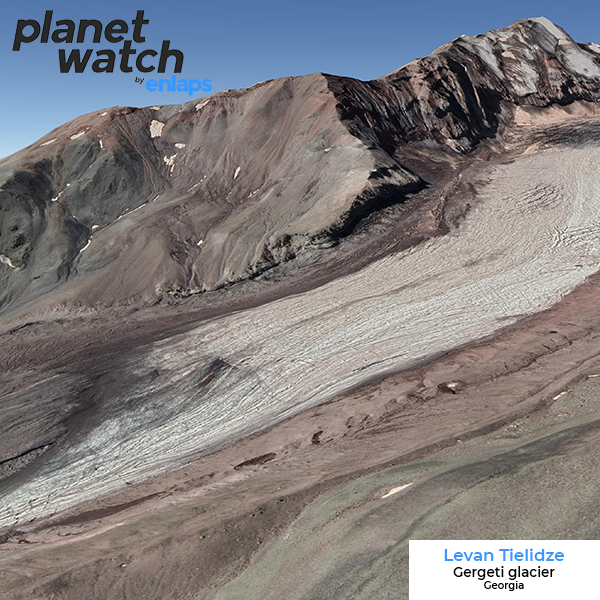 Glaciers of the Kazbegi Massif play a significant role in the ecology and economy of Georgia. They provide a freshwater source that feeds rivers in this mountainous region. Glacier hazards are also relatively common in this region, leading to major casualties. Therefore, monitoring of Kazbegi glaciers is important for scientific and social reasons. 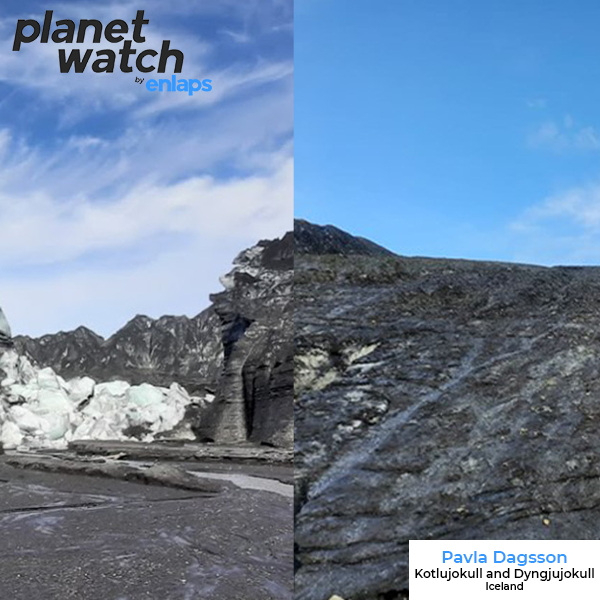 Five Tikee cameras have been already running to monitor these areas.
Their scientific objective is to understand and see what happens when the rapidly receding glaciers disappear. The research focuses on the role of Light-Absorbing Impurities such as Black Carbon and High Latitude Dust on the cryosphere. Estimate how fast is the process of ice changing into dust, not observing only the extremely fast receding process of melting glaciers, but understanding also the consequent change of glaciers into the dust hot-spot. 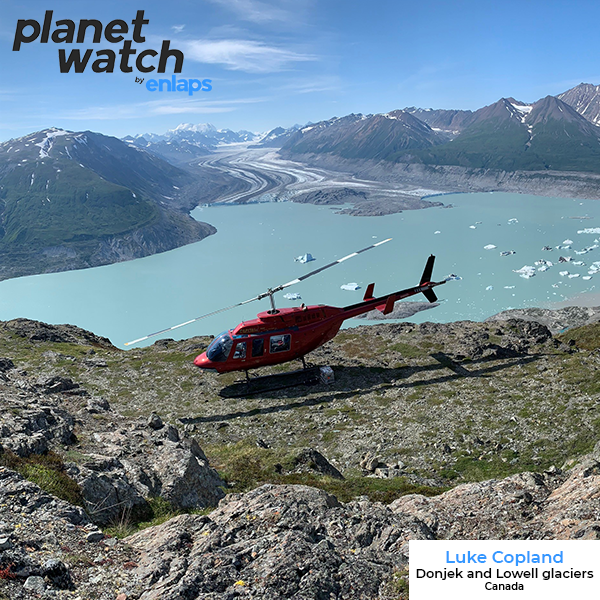 Both of these glaciers surge on a regular basis - approximately every 10-15 years - the next surge of both glaciers is due by the mid-2020s. They want to install new cameras before the next surge to track its progression, such as where it initiates, how the surface elevation changes, what the ice motion is, and how the glacier terminus is impacted.
The relationship between global warming and surging is still unclear, we don't know if changes in snowfall are impacting the surge periodicity. 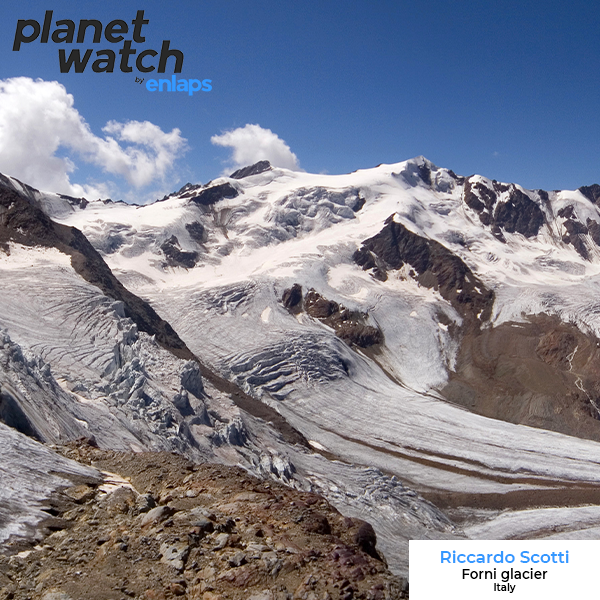 Forni glacier is the second largest glacier in Italy, located in the Ortles-Cevedale group. Multiple high mountain processes will be monitored by the camera: The terminus retreat of the right flank of the east arm of the glacier that is few meters distant; the ice flow of the east arm of the glacier that produces an ice fall with seracs and crevasses; the snow cover and glacier fluctuations of the main glacier body; the S. Matteo peak landslide that started in December 2020 and is still developing with many small scale rock and ice fall events. 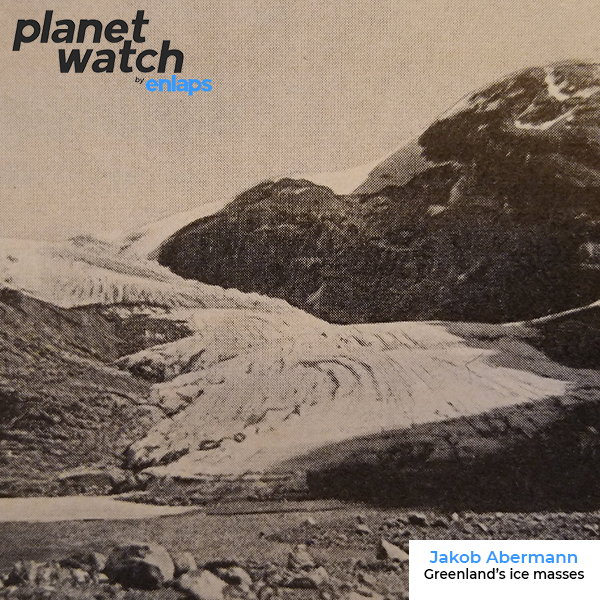 The project is based on archival data from the legendary expedition of the researcher Alfred Wegener in 1929-1931 : climatological and glaciological data were collected, at the core of a short warm phase in which air temperatures were similar to nowadays.
Almost a century later, they will again monitor the same parameters at exactly the same measurement sites and under similar atmospheric conditions. Monitoring will this time include modern methods based on artificial intelligence and innovative process studies. 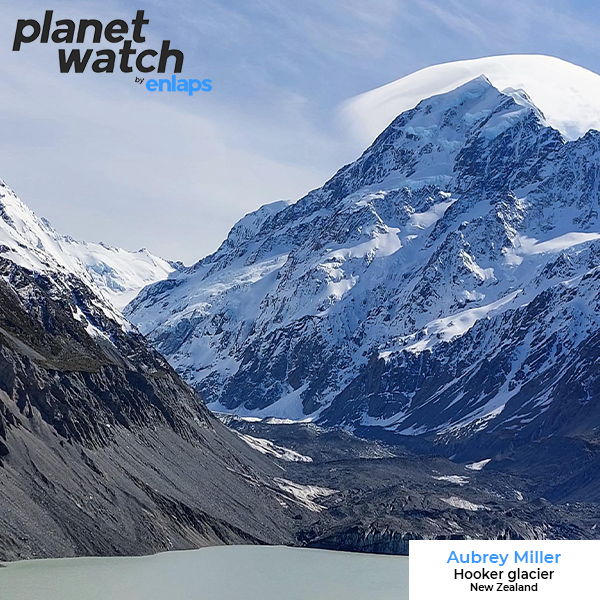 Monitoring glacier retreat and other landscape changes in the Hooker Valley will help establish change rates and the exact timing of events (calving, mass movements). The valley is already monitored for snow avalanche activity using timelapse. An additional camera focused higher in the valley, will paint a more complete picture of the rate and timing of glacial changes and will be coupled with satellite imagery. 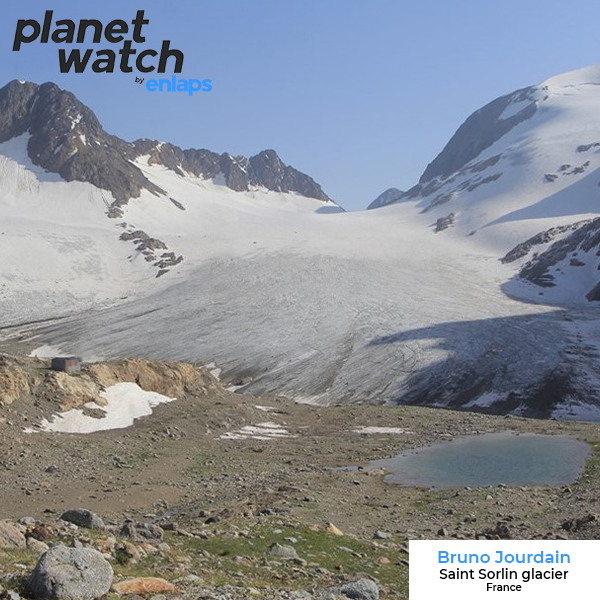 The Saint Sorlin Glacier is one of the most documented glaciers in the French Alps with the second longest existing series of measurements (1957 - 2021); it is part of the glaciers monitored within the framework of the Service National d'Observations Glacioclim labeled by the INSU and the WGMS; it is recognized as a good indicator of climate change.
There is a very strong retreat of this glacier, disappearance is expected before the end of the century. 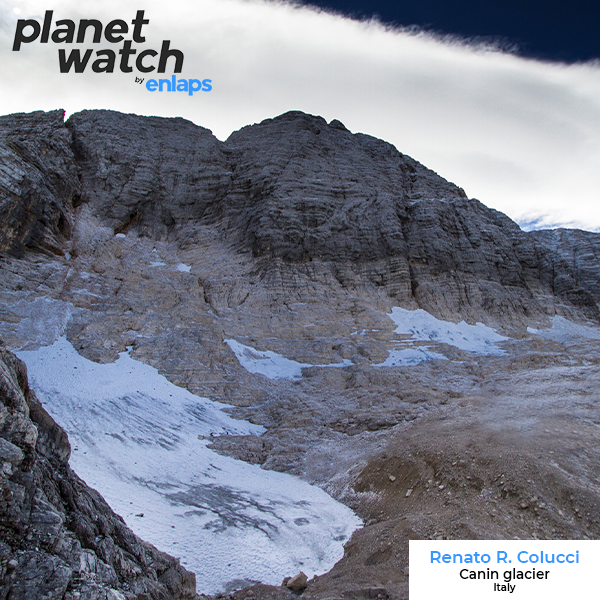 Canin glacier's long-term behavior is strongly contrasting the observed trend of the vast majority of the alpine glaciers. Recent studies show how this ice body seems resilient to global and local warming. It is therefore very interesting to monitor such minor glacial bodies in order to follow their daily evolution. This would be possible only through a visual and continuous inspection of this area analyzing snowfall, avalanches, wind accumulation, and looking at the ablation rates during the summer. 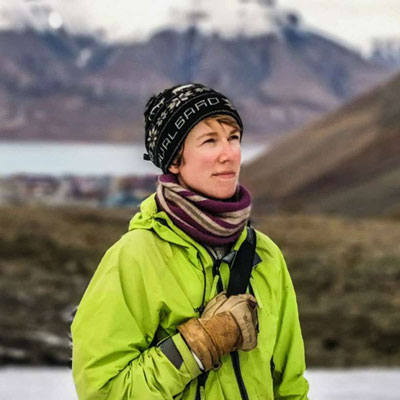 “I am proud to join forces with this initiative for the advancement of our science, but also to make it accessible to the largest possible audience! Having installed Tikee cameras in the Arctic and around tropical glaciers, I know the impact that time-lapse will have on decision-makers and the public opinion. 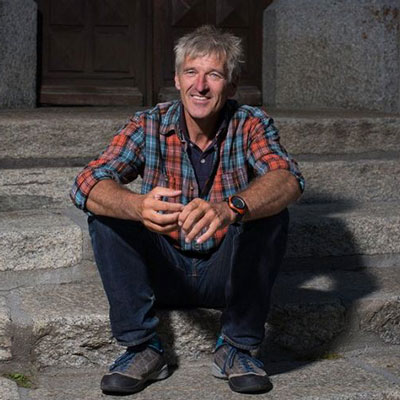 We are all responsible, and are aware today that we have made mistakes, because everything is "linked", "connected" on our planet, because the Nature is talking to us: our glaciers are shrinking exponentially, animals are disappearing, clean fresh water is becoming scarce (1% of the water on Earth), air often becomes unbreathable in cities. We are consuming 1.7 planets each year, and we don't have any more. We see our mistakes, let's fix them because there are still many things we can do to preserve for the well-being of LIFE: solutions are there, let's develop them! 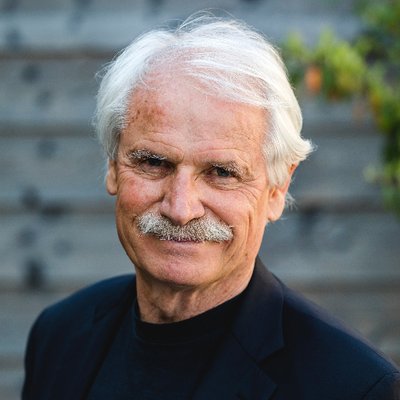 I am delighted to be partnering with my GoodPlanet Foundation on this essential project. Source of 70% of the fresh water on earth, these ice giants, so essential to life, are the first witnesses of the global warming of our planet.

Protecting the environment has always been core to Enlaps' values. Located in the heart of the mountains, we were able to establish a natural dialogue with the glaciologists who use our Tikee (Time Keeper) solution. By their side, we noticed that it was imperative to quickly consider the impact of global warming. The latest IPCC (Intergovernmental Panel on Climate Change) report demonstrates this urgency, and it is in this spirit that we want to contribute to mobilization and awareness through the Planet Watch initiative. 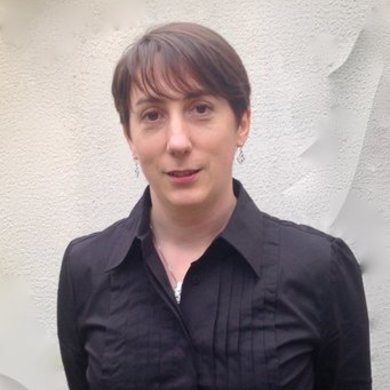 For the past few decades, glacier melt has been occurring around the world. The latest IPCC report shows that this widespread loss is unprecedented in at least 2000 years. This project will help make these changes perceptible in hard-to-reach environments and leave visual evidence of this loss for future generations.

Researcher at the climate and environment laboratory, author for the IPCC

Selected researchers will have free access to multiple resources, such as a self-sufficient Tikee 3 PRO camera - connected via 4G to the myTikee SaaS cloud platform for editing, analysis and sharing -, scientific support and technical recommendations. Enlaps' Tikee 3 PRO solution, which is energy autonomous thanks to the integration of photovoltaic panels, facilitates research projects due to its remotely data sharing capacity. Already, Enlaps’ Tikee cameras monitor and analyze glaciers across the world, from Santa Isabel (Colombia), to Fellaria (Italy), Combe Maudite (France), Heinabergjokull (Iceland), and many others. 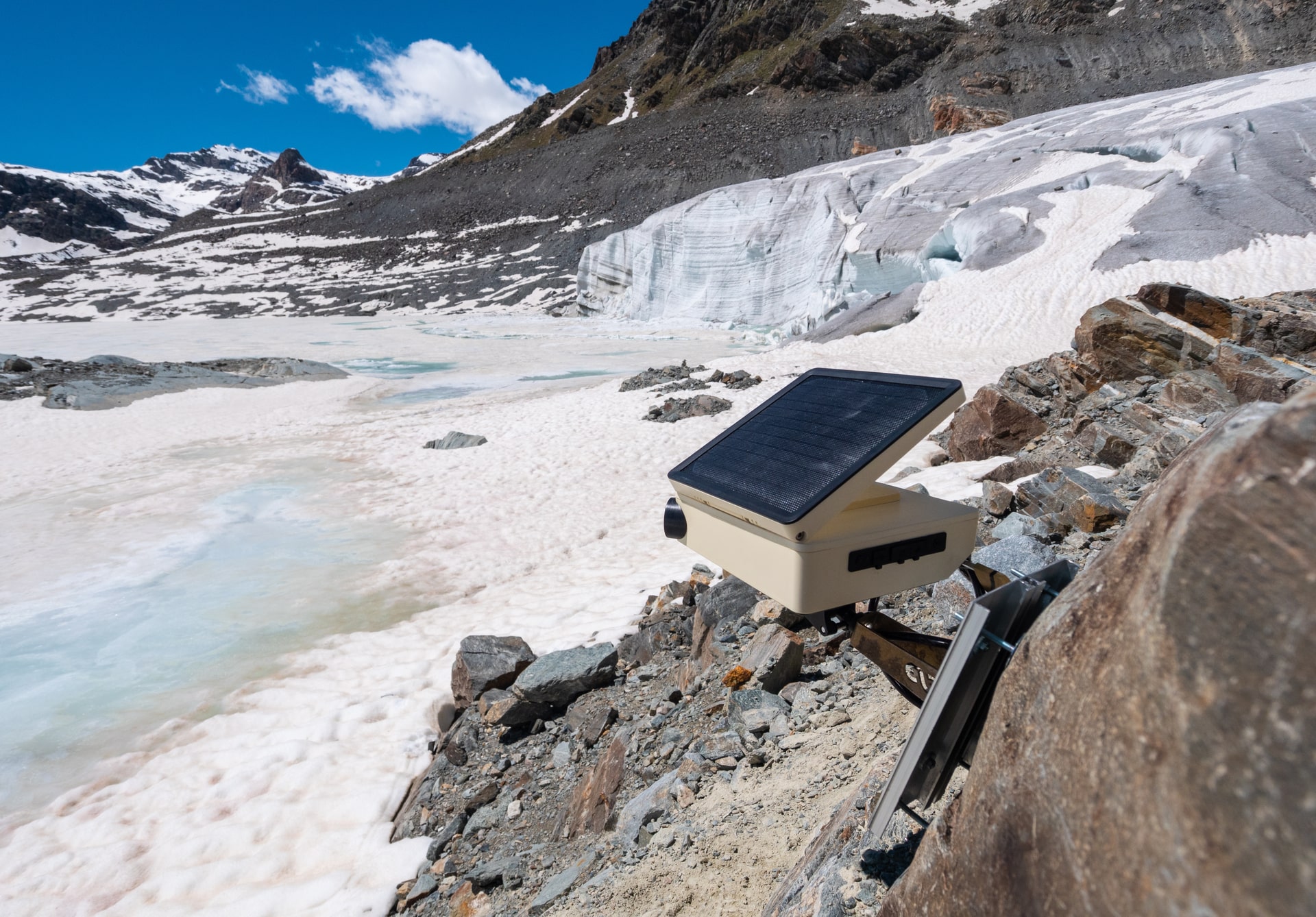 The collected data will be pooled to create an interactive smart map, updated daily. Besides, researchers will regularly share their results on the Planet Watch - by Enlaps’ blog, accessible to the whole international scientific community.

Results will also serve citizens and decision-makers to fuel their fight against the climate crisis. This digital cartography will be expanded yearly to cover most of the cryosphere’s critical points. All in all, the Planet Watch _ by Enlaps’ initiative will model the global warming’s impact on the planet, in a safe and concrete way, and favor future disasters or possible improvements’ prediction. 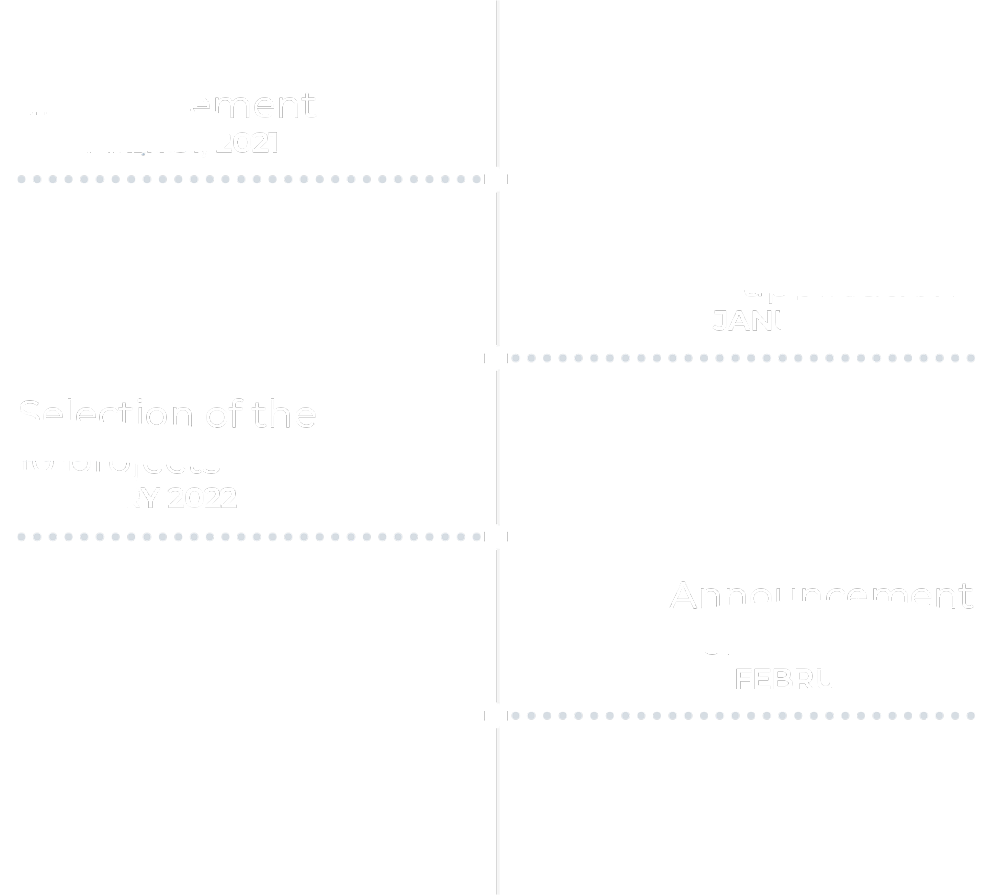